19 DECEMBER 2010 - PHOENIX, AZ: DULCE JUAREZ, a student at Arizona State University, prays at a prayer service for the DREAM Act in Phoenix. About 100 supporters of the DREAM Act gathered at First Congregational Church of Christ in Phoenix Sunday night, December 19, for a prayer vigil in support of the DREAM Act, which was defeated in the US Senate Saturday, Dec. 18. The DREAM Act, was supported by the Obama administration, and was an important part of the administration's immigration reform platform. The defeat of the DREAM Act, which would have established a path to citizenship for undocumented immigrants who were brought to the US by their parents when they were children, set back the President's immigration reform efforts. PHOTO BY JACK KURTZ 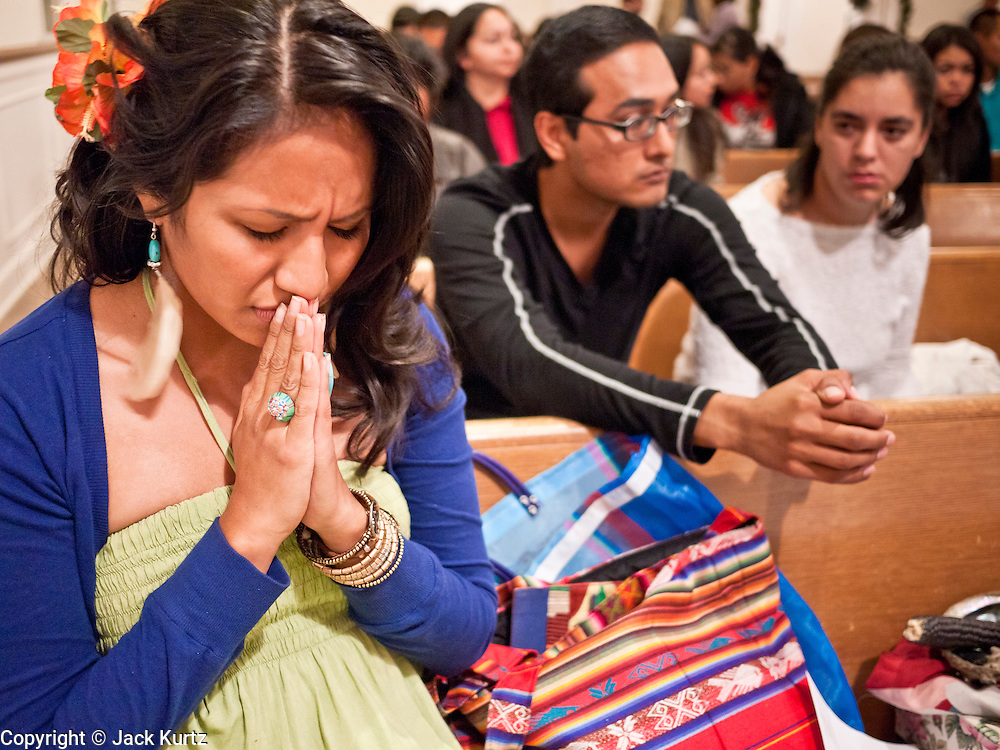