26 NOVEMBER 2013 - BANGKOK, THAILAND: Former Deputy Prime Minister SUTHEP THAUGSUBAN, leader of the anti-government protests rocking Bangkok, talks on his mobile phone while walking through the Ministry of Finance complex. The Thai government issued as warrant for Suthep as the protests spread but he has not been arrested. Protestors opposed to the government of Thai Prime Minister Yingluck Shinawatra spread out through Bangkok this week. Protestors have taken over the Ministry of Finance, Ministry of Sports and Tourism, Ministry of the Interior and other smaller ministries. The protestors are demanding the Prime Minister resign, the Prime Minister said she will not step down. This is the worst political turmoil in Thailand since 2010 when 90 civilians were killed in an army crackdown against Red Shirt protestors. The Pheu Thai party, supported by the Red Shirts, won the 2011 election and now govern. The protestors demanding the Prime Minister step down are related to the Yellow Shirt protestors that closed airports in Thailand in 2008. PHOTO BY JACK KURTZ 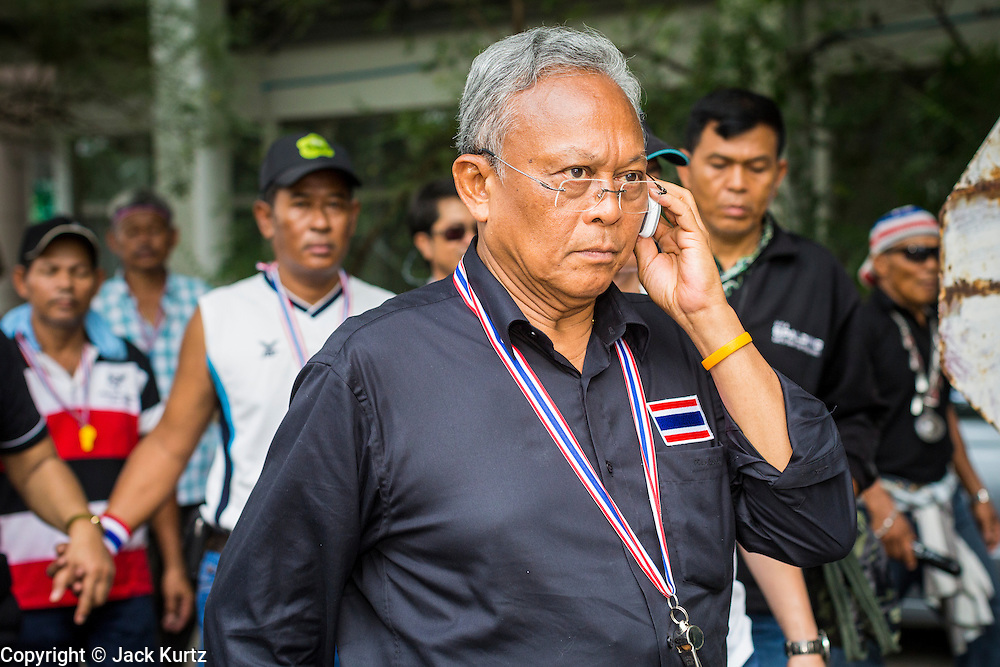