24 OCTOBER 2012 - PATTANI, PATTANI, THAILAND: Immigrant woman from Myanmar (Burma) and her child in a street market in Pattani, Thailand. More than 5,000 people have been killed and over 9,000 hurt in more than 11,000 incidents, or about 3.5 a day, in Thailand's three southernmost provinces and four districts of Songkhla since the insurgent violence erupted in January 2004, according to Deep South Watch, an independent research organization that monitors violence in Thailand's deep south region that borders Malaysia. So far immigrants in the area, most of whom work in construction and fishing industries, have not been dragged into the violence. Muslim extremists are battling the Thai government and its symbols, like schools and Buddhist facilities. PHOTO BY JACK KURTZ 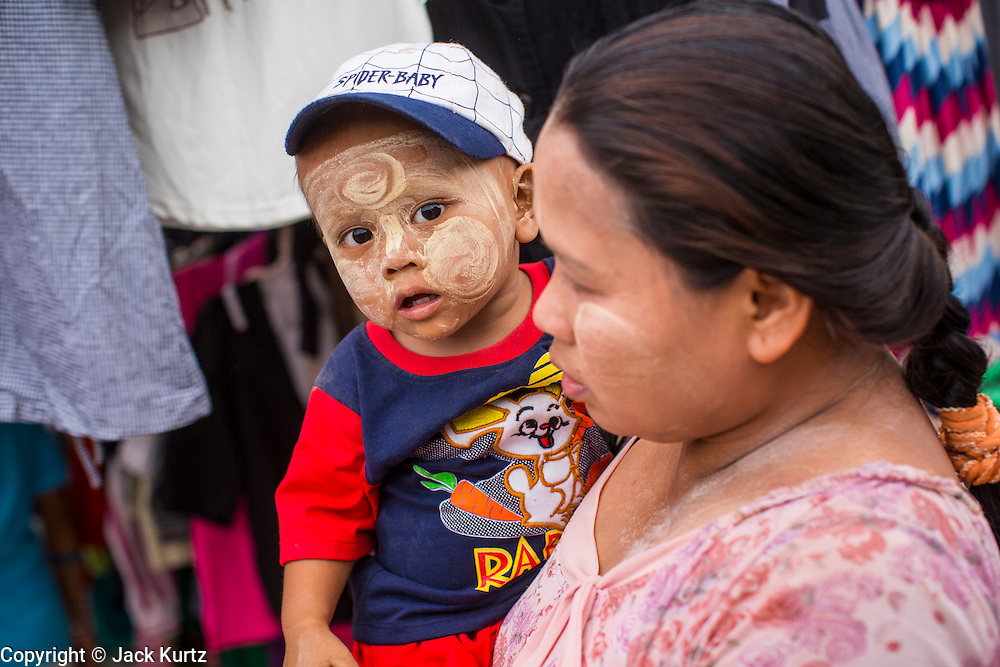