Apr. 13, 2010 - Bangkok, Thailand: A woman cleanses a Buddha statue at a temple on Songkran in central Bangkok Tuesday. The tradition of spraying people with water started with cleansing the statues. Songkran is the Thai New Year's holiday, celebrated from April 13 - 15. This year's official celebrations have been cancelled because of the Red Shirt protests but Thais are still marking the holiday. It's one of the most popular holidays in Thailand. Songkran originally was celebrated only in the north of Thailand, and was adapted from the Indian Holi festival. Except the Thais throw water instead of colored powder. The throwing of water originated as a way to pay respect to people, by capturing the water after it had been poured over the Buddhas for cleansing and then using this "blessed" water to give good fortune to elders and family by gently pouring it on the shoulder. Among young people the holiday evolved to include dousing strangers with water to relieve the heat, since April is the hottest month in Thailand (temperatures can rise to over 100°F or 40°C on some days). This has further evolved into water fights and splashing water over people riding in vehicles. The water is meant as a symbol of washing all of the bad away and is sometimes filled with fragrant herbs when celebrated in the traditional manner. Photo by Jack Kurtz 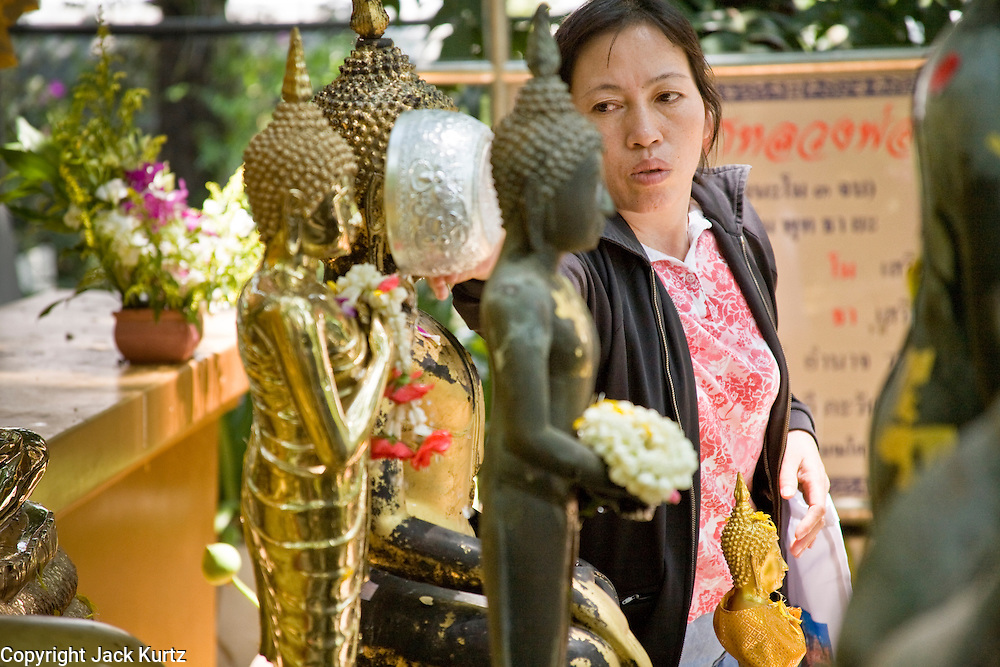