09 APRIL 2004 - SAN MIGUEL DE ALLENDE, GUANAJUATO, MEXICO: Dressed in white, girls from Iglesia Oratorio participate in the church Good Friday procession in San Miguel de Allende, GTO, MEX. The Good Friday procession from Oratorio is one of the most ornate in Mexico. The dignitaries, whose role in the procession is handed down from father to son and mother to daughter, accompany the procession carrying tall lantern and statues representing aspects of the life of Christ. Semana Santa, the week before Easter, is celebrated with extreme piety in central Mexico. San Miguel, which was founded in the 1600s, is one of Mexico's premier colonial cities. It has very strict zoning and building codes meant to preserve the historic nature of the city center. About 7,500 US citizens, mostly retirees, live in San Miguel. PHOTO BY JACK KURTZ 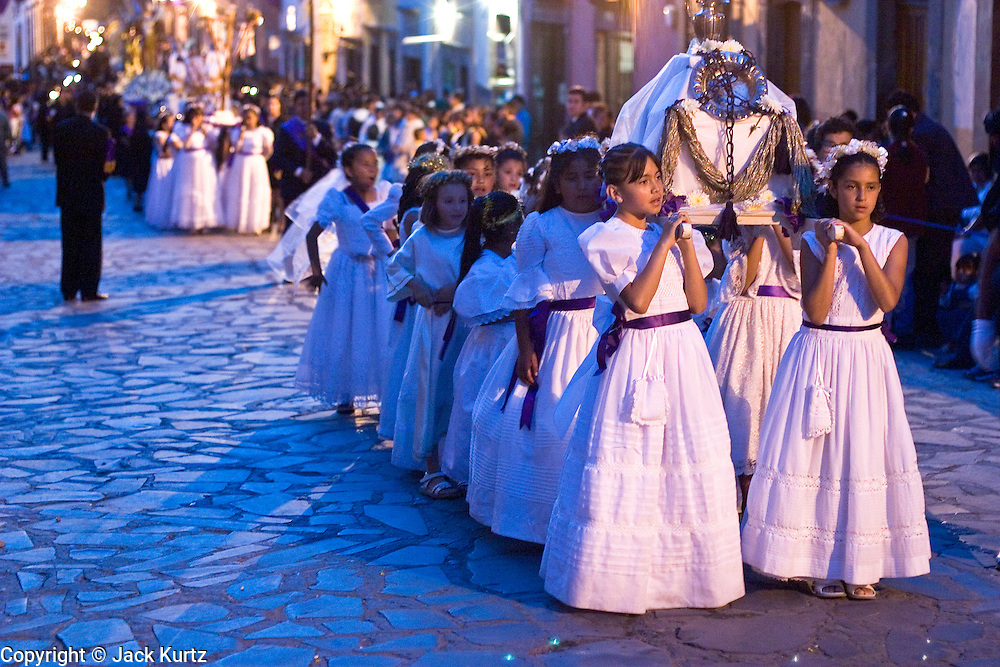