04 APRIL 2013 - BANGKOK, THAILAND: Commuters ride the BTS Skytrain in Bangkok. The Skytrain is one of Bangkok's "soft targets" as there is no security on the trains and only cursory security in the stations. The United States' Federal Bureau of Investigation (FBI) has warned the Thai government that Thailand has the greatest risk of a terror attack in Asia and the fifth greatest in the world. According to a statement from the Thai government the assessment is based on Thailand's relative freedoms and ease of movement in Thailand. In response to the report, Deputy Prime Minister Chalerm Yubamrung announced plans to set up an anti-terror center in Bangkok and work with Thai immigration to institute tougher screening on foreigners entering Thailand. In February 2012, terrorists thought to be connected with the Iranian government were arrested in Bangkok after the house they were living in blew up. At the time, Thai authorities said they suspected it was a bomb factory. PHOTO BY JACK KURTZ 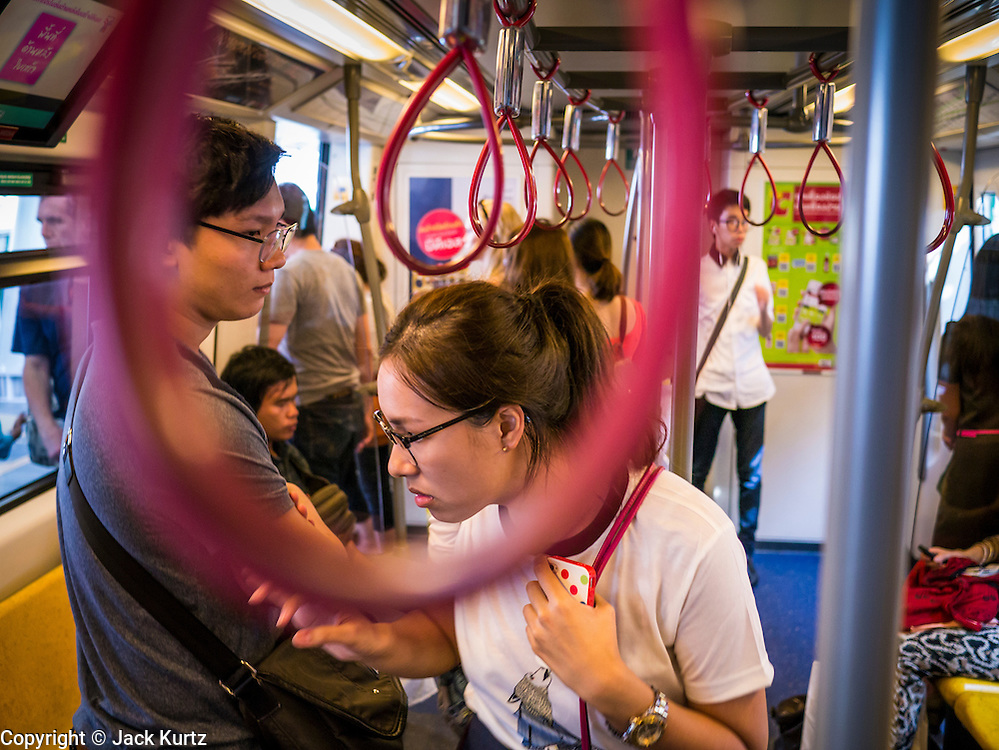