FEB 24, 2001 - SAN CRISTOBAL DE LAS CASAS, CHIAPAS, MEXICO: Supporters of the EZLN (Zapatistas) ride a motorcycle through San Cristobal de las Casas, Chiapas, Mexico, with a pro-Zapatista banner made from a bedsheet, during a Zapatista march, Feb. 24, 2001. The march was to mark the beginning of the Zapatista's caravan from San Cristobal de las Casas to Mexico City. About 3,000 Zapatistas participated in the march through San Cristobal. The Zapatistas went to Mexico City to press their demands for the passage of the San Andres Accords, signed between the Zapatistas and the Mexican government in 1996 but stalled in the Mexican congress by the formerly ruling Institutional Revolutionary Party. © Jack Kurtz INDIGENOUS POVERTY GLOBALIZATION POVERTY WAR HUMAN RIGHTS CIVIL RIGHTS 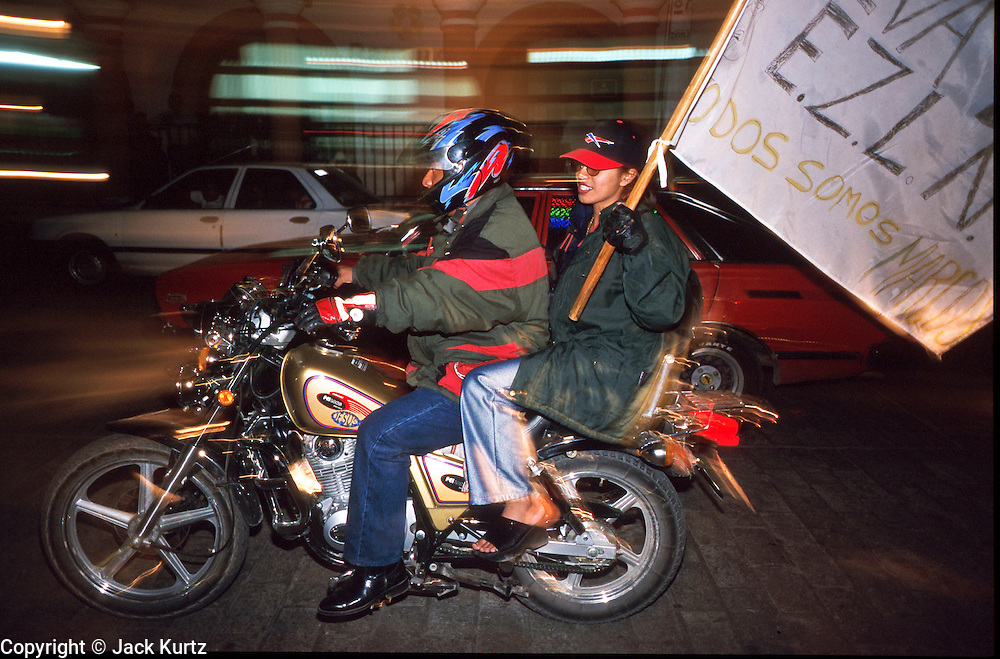