14 JUNE 2011 - PHOENIX, AZ: Banners on light poles announce that Chase Field, formerly Bank One Ballpark, home of the Arizona Diamondbacks, in Phoenix, AZ, is hosting the 2011 All Star Game. Chase Field is the site of the 2011 Major League Baseball All Star Game. The All Star Game is on July 12, 2011. The stadium seats about 49,000. The first game was played in what was then Bank One Ballpark in 1998. It is the first major league baseball stadium with a retractable roof. Photo by Jack Kurtz 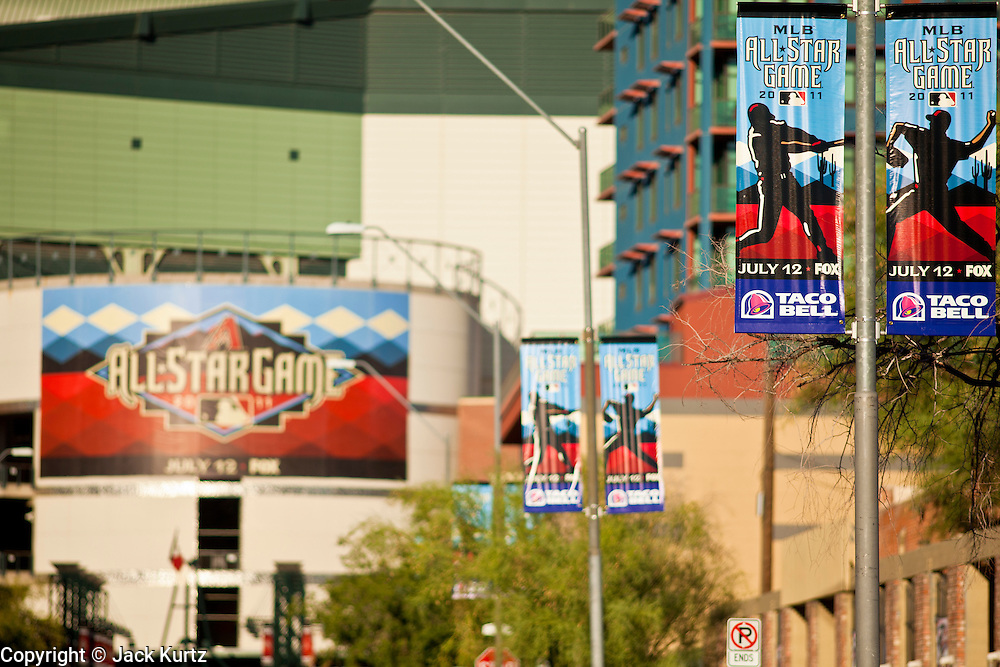