05 JULY 2001 -- PHOENIX, AZ: Members of the women chain gang in Maricopa County, Phoenix, AZ, line up in the jail before starting their job of burying people in the county's "Potter's Field" or cemetery for the indigent. Maricopa county sheriff Joe Arpaio claims to have the only women's chain gang in the United States. He has been criticized for the chain gang but claims to be an "equal opportunity incarcerator." He has said that if puts men on a chain gang he will also put women on a chain gang. The women are prisoners in the county jail and volunteer for duty on the chain gang because it gets them out of the jail for six hours a day. The chain gang also buries the county's homeless and indigents. PHOTO BY JACK KURTZ 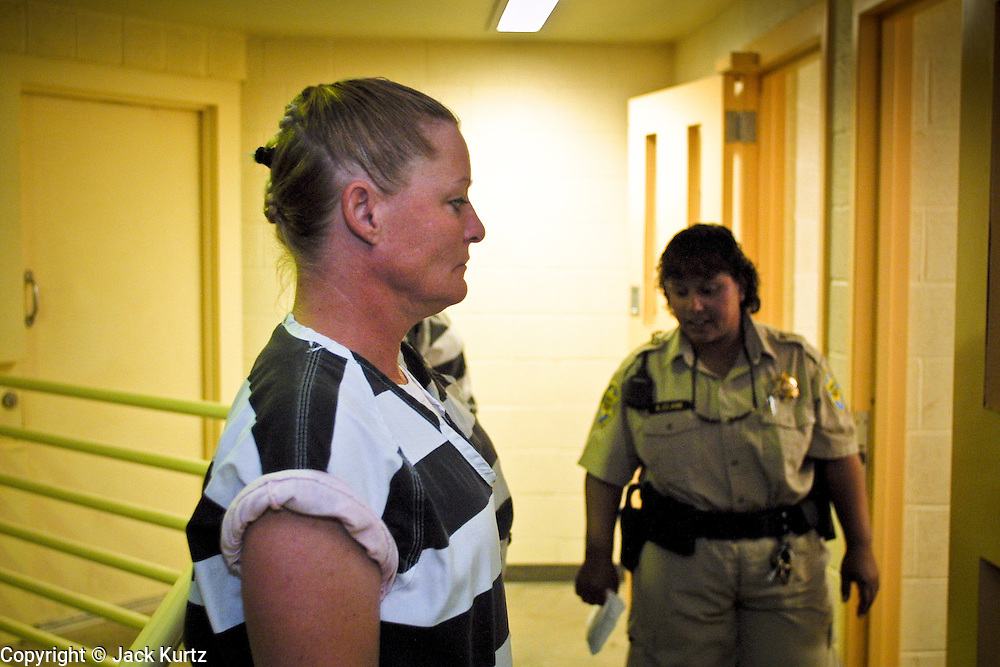