01 OCTOBER 2012 - BANGKOK, THAILAND: A person poses in a cutout of an airplane in the departure hall at Don Mueang International Airport during grand reopening ceremonies Monday. Don Mueang International Airport is the smaller of two international airports serving Bangkok, Thailand. Suvarnabhumi Airport, opened in 2006 is the main one. Don Mueang was officially opened as a Royal Thai Air Force base on 27 March 1914 and commercial flights began in 1924. Don Mueang Airport closed in 2006 following the opening of Bangkok's new Suvarnabhumi Airport, and reopened as a domestic terminal for low cost airlines after renovation on 24 March 2007. Closed during the flooding in 2011, Don Mueang was again renovated and reopened in 2012 as the airport for low cost airlines serving both domestic and international passengers. On Monday, Air Asia, Asia's leading low cost airline, transferred all of their flight operations to Don Mueang and the airport was officially reopened. Suvarnabhumi International Airport is already over capacity and Don Mueang's importance as a hub is expected to grow. PHOTO BY JACK KURTZ 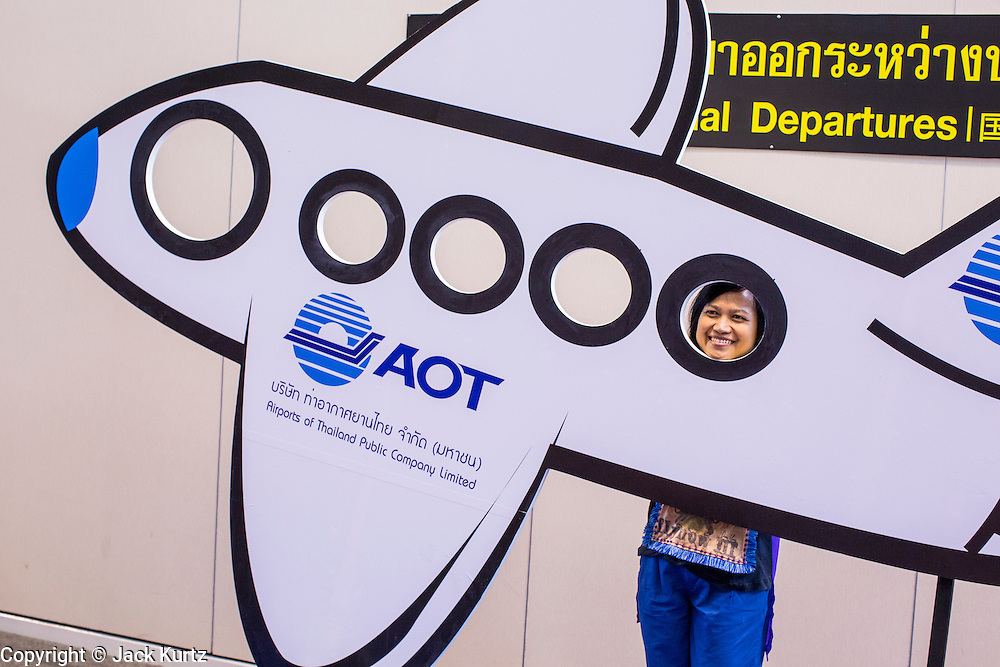