16 OCTOBER 2014 - BANGKOK, THAILAND: A man prays at a shrine to King Chulalongkorn, also known as Rama V in the Flower Market in Bangkok. Chulalongkorn was the fifth king of the Chakri dynasty and is one of the most revered Kings in Thai history. He is credited with leading the drive to modernize Thailand, then Siam, and keeping Siam independent when both British and French colonial authorities were pressing in on Siam. PHOTO BY JACK KURTZ 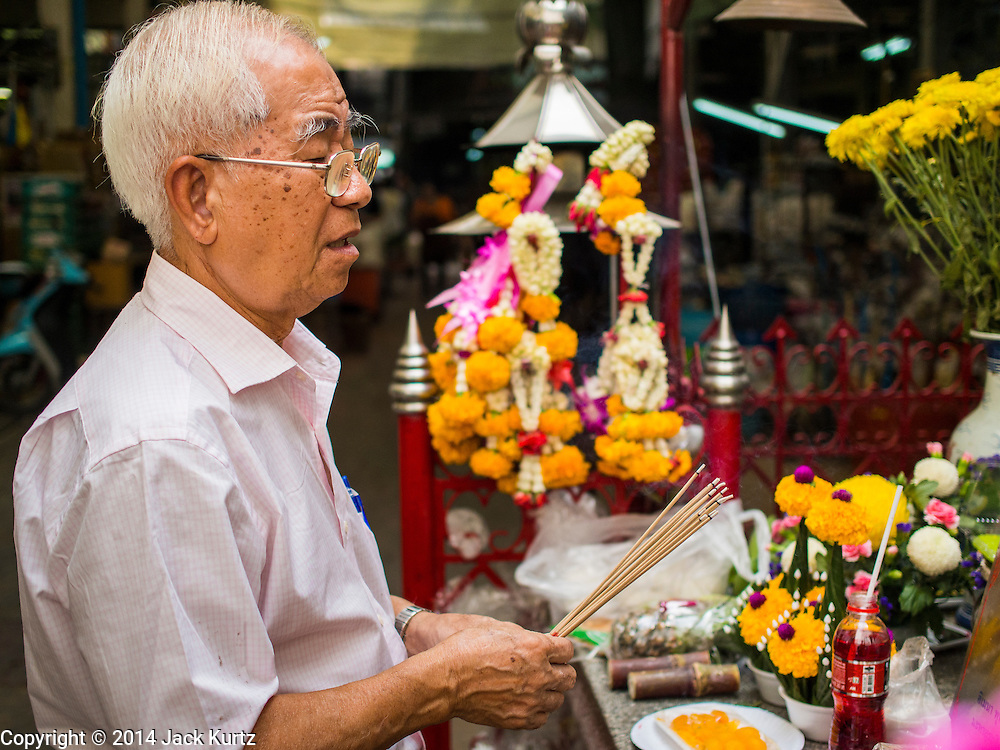