14 SEPTEMBER 2003 - CANCUN, QUINTANA ROO, MEXICO: Anti-globalization activists argue with Mexican riot control forces during a protest in the hotel zone in Cancun, Mexico during the World Trade Organization meetings Sunday. Thousands of protestors opposed to the World Trade Organization and globalization have come to Cancun to protest the WTO meetings taking place in the hotel zone. Mexican police restricted most of the anti-globalization protestors to downtown Cancun, about five miles from the convention center, but small isolated groups of protestors were able to find ways into the hotel zone. Their protests were quickly controlled. PHOTO BY JACK KURTZ 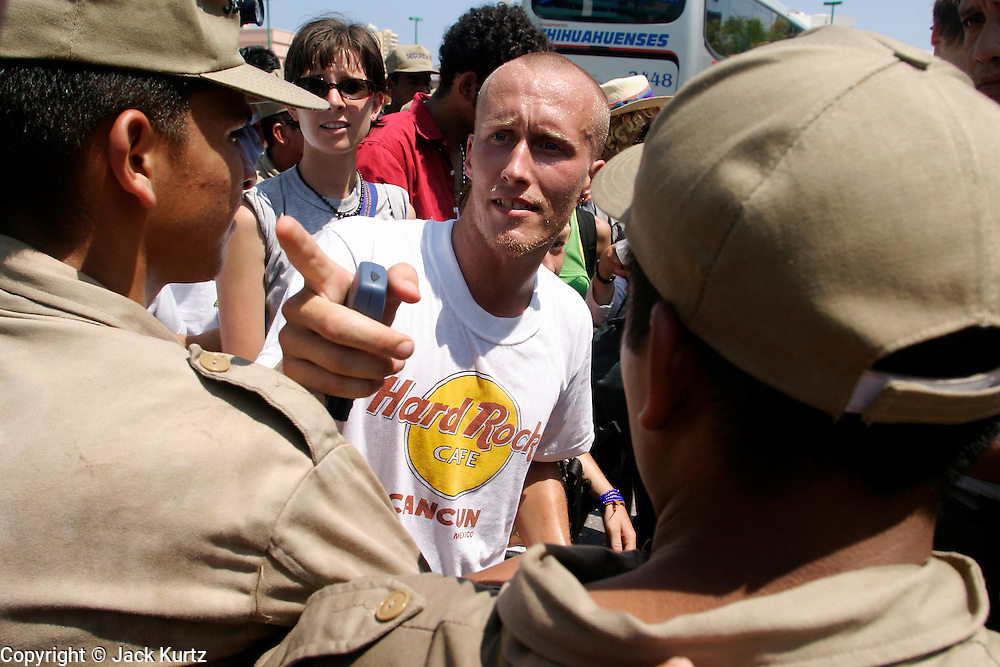