04 DECEMBER 2013 - BANGKOK, THAILAND: Women Thai police stand in formation in front of riot police during an antigovernment protest at police headquarters in Bangkok. Several hundred anti-government protestors tried to occupy Royal Thai Police Headquarters on Rama I Road in central Bangkok Wednesday. The protest was one of the continuing protests against the government of Prime Minister Yingluck Shinawatra. Police commanders allowed protestors to tear down police barricades and ordered riot police to lay down their shields. Protestors then chanted anti-government slogans and called on police to turn against the government before forming a motorcade and leaving the area. Anti-government protests have gripped Bangkok for nearly a month and protestors vow to continue their actions. Protests Wednesday were much smaller and more peaceful than protests earlier in the week. PHOTO BY JACK KURTZ 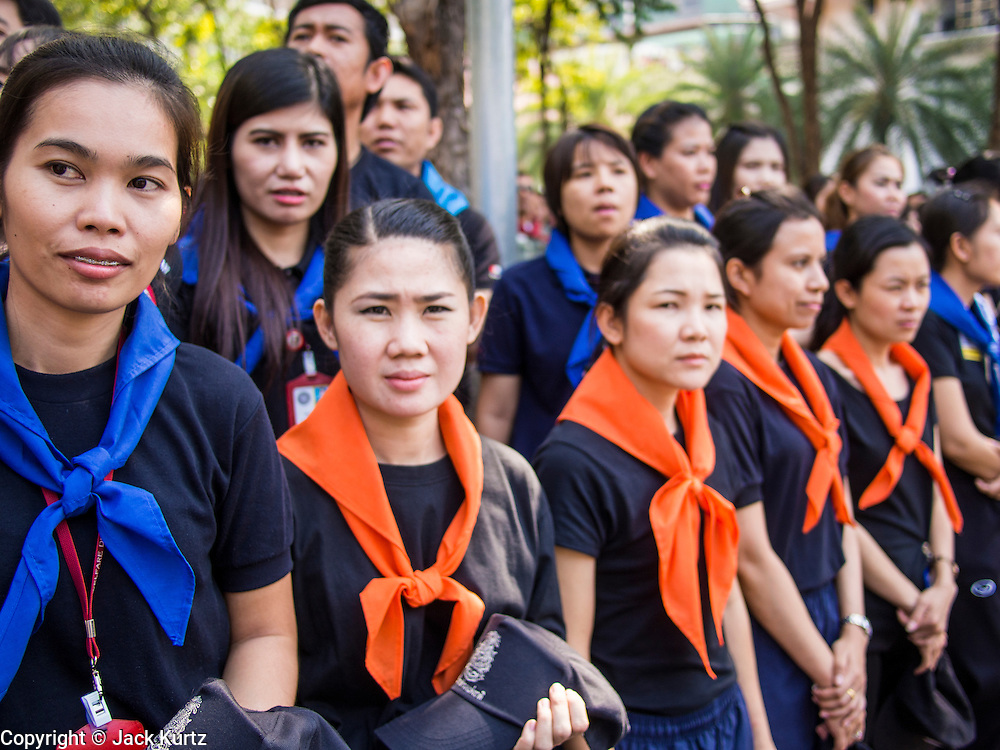