16 SEPTEMBER 2014 - SANGKHLA BURI, KANCHANABURI, THAILAND: A Thai soldier's uniform hangs on the safety rail of the Mon Bridge, the temporary bamboo bridge being used while the Mon Bridge is repaired is in the background. The 2800 foot long (850 meters) Saphan Mon (Mon Bridge) spans the Song Kalia River. It is reportedly second longest wooden bridge in the world. The bridge was severely damaged during heavy rainfall in July 2013 when its 230 foot middle section (70 meters) collapsed during flooding. Officially known as Uttamanusorn Bridge, the bridge has been used by people in Sangkhla Buri (also known as Sangkhlaburi) for 20 years. The bridge was was conceived by Luang Pho Uttama, the late abbot of of Wat Wang Wiwekaram, and was built by hand by Mon refugees from Myanmar (then Burma). The wooden bridge is one of the leading tourist attractions in Kanchanaburi province. The loss of the bridge has hurt the economy of the Mon community opposite Sangkhla Buri. The repair has taken far longer than expected. Thai Prime Minister General Prayuth Chan-ocha ordered an engineer unit of the Royal Thai Army to help the local Mon population repair the bridge. Local people said they hope the bridge is repaired by the end November, which is when the tourist season starts. PHOTO BY JACK KURTZ 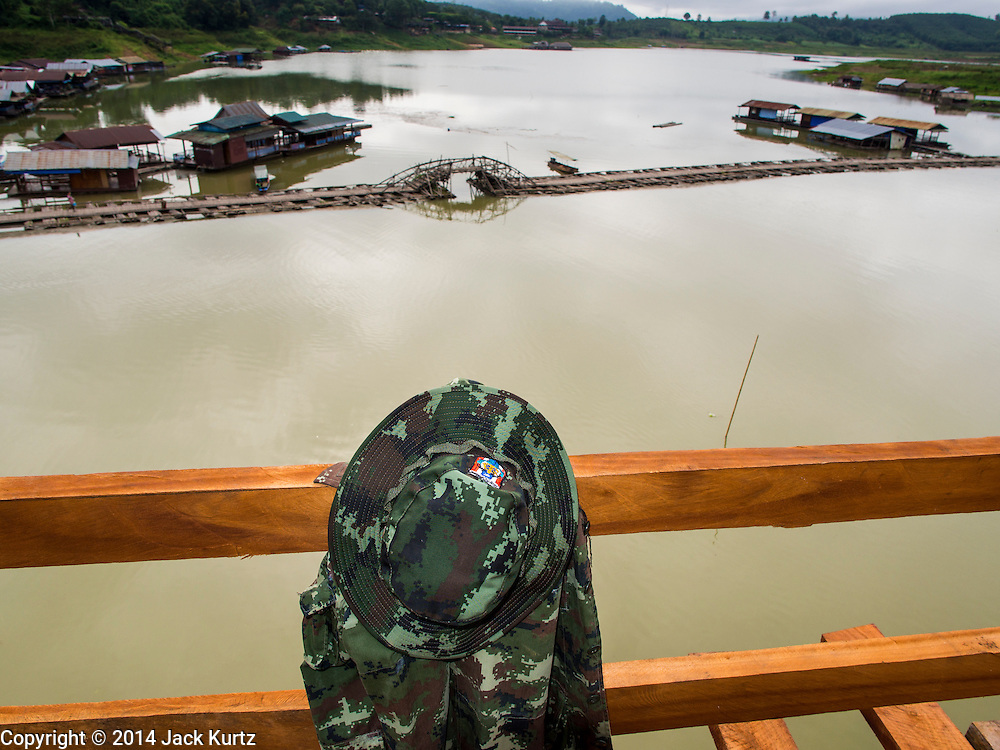