22 APRIL 2013 - BANGKOK, THAILAND: A European tourist in Bangkok counts out his US Dollars before buying Thai Baht at a foreign exchange kiosk in Bangkok. The Thai Baht has gained markedly against the US Dollar, the Euro and Pound Sterling in recent months. On Monday, the Baht was trading at 28.57 Baht to 1 US Dollar on Apr. 22. The strengthening Baht means imported goods are cheaper in Thailand, but Thai exports cost more in other countries. It also means tourists and expats who live in Thailand have less money to spend as their currencies buy fewer Baht. The baht has risen 5 percent against the dollar this year to its highest level since before the Asian financial crisis in 1997. The Federation of Thai Industries, which has led calls for the authorities to act to lower the baht, said the rise in the past two weeks had been too rapid and its members were finding it hard to cope with the volatility because as the Baht appreciates their exports become more expensive. Thailand is among the world's leading exporters of rice, chicken, pork, electrical components, cars and is the leading exporter of canned tuna. PHOTO BY JACK KURTZ 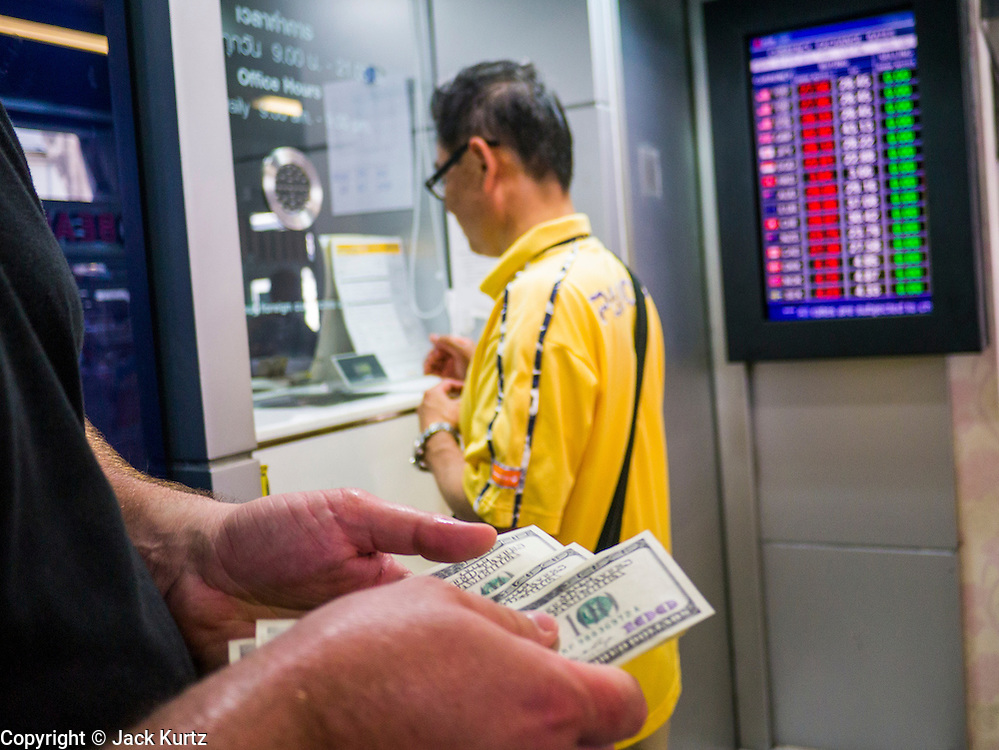