06 JULY 2015 - BANGKOK, THAILAND: A man carves wooden toys under a wall covered in "Post It" notes related to the arrest of 14 students for violating orders related to political assembly. More than 100 people gathered at Thammasat University in Bangkok Monday to show support for 14 students arrested two weeks ago. The students were arrested for violating orders against political assembly. They face criminal trial in military courts. The students' supporters are putting up "Post It" notes around Bangkok and college campuses up country calling for the students' release. PHOTO BY JACK KURTZ 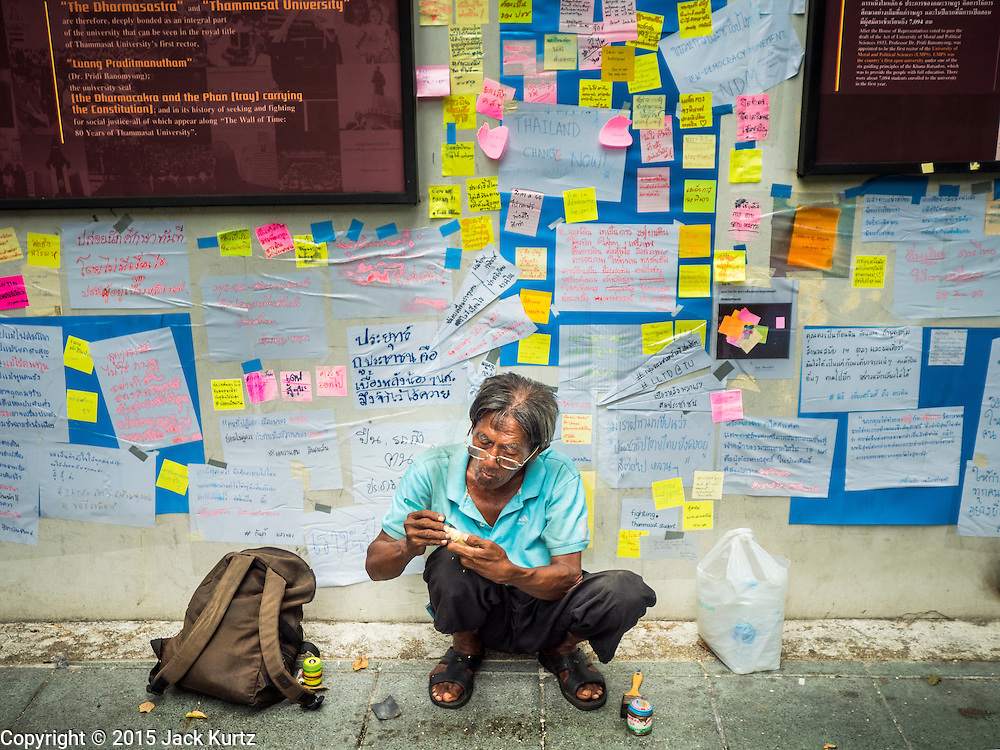