29 AUGUST 2013 - HUA HIN, PRACHUAP KHIRI KHAN, THAILAND: A “Khru Ba Yai” or Elephant Spirit Man, walks off the field after participating in a blessing for the elephants before the King’s Cup Elephant Polo Tournament in Hua Hin. The tournament’s primary sponsor in Anantara Resorts and the tournament is hosted by Anantara Hua Hin. This is the 12th year for the King’s Cup Elephant Polo Tournament. The sport of elephant polo started in Nepal in 1982. Proceeds from the King’s Cup tournament goes to help rehabilitate elephants rescued from abuse. Each team has three players and three elephants. Matches take place on a pitch (field) 80 meters by 48 meters using standard polo balls. The game is divided into two 7 minute “chukkas” or halves. There are 16 teams in this year’s tournament, including one team of transgendered “ladyboys.” PHOTO BY JACK KURTZ 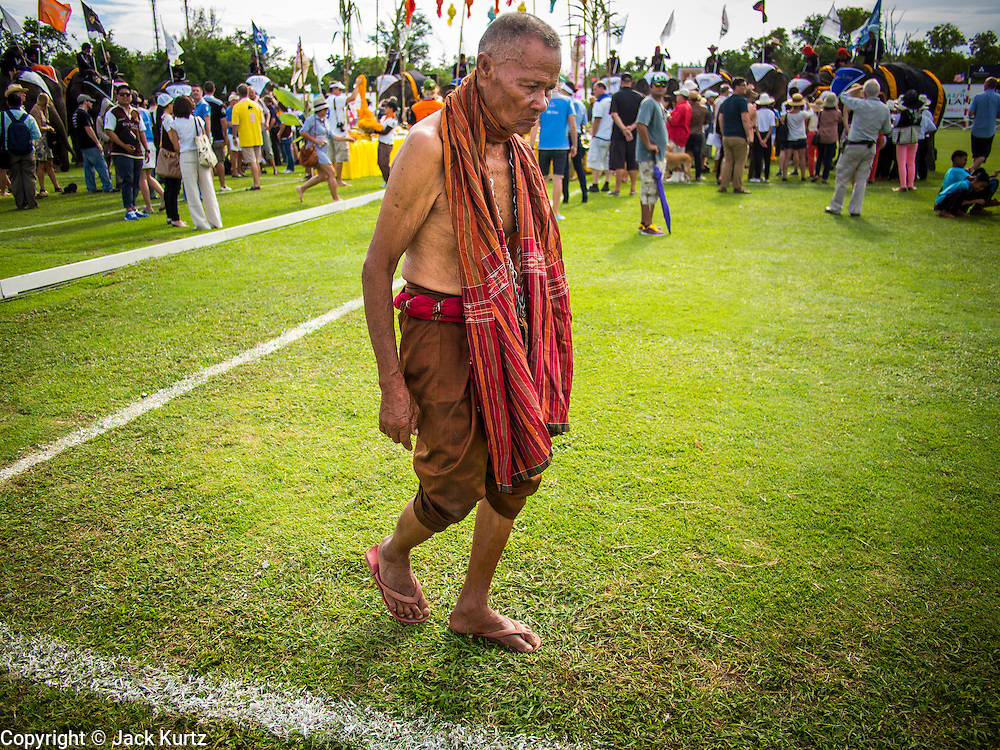