11 FEBRUARY 2015 - BANGKOK, THAILAND: A cross river ferry approaches the pier at Wat Kalayanamitr, a large Buddhist temple next to the Santa Cruz neighbhorhood in the Thonburi section of Bangkok. There has been a Catholic church on the site since 1770. The current church was finished in 1916. It is one of the oldest Catholic churches in Thailand. Now the neighborhood around the church is known for the Thai adaptation of Portuguese cakes baked in the neighborhood. Several hundred Siamese (Thai) Buddhists converted to Catholicism in the 1770s. Some of the families started baking the cakes. When the Siamese Empire in Ayutthaya was sacked by the Burmese, the Portuguese and Thai Catholics fled to Thonburi, in what is now Bangkok. The Portuguese established a Catholic church near the new Siamese capital. There are still a large number of Thai Catholics living in the neighborhood around the church. PHOTO BY JACK KURTZ 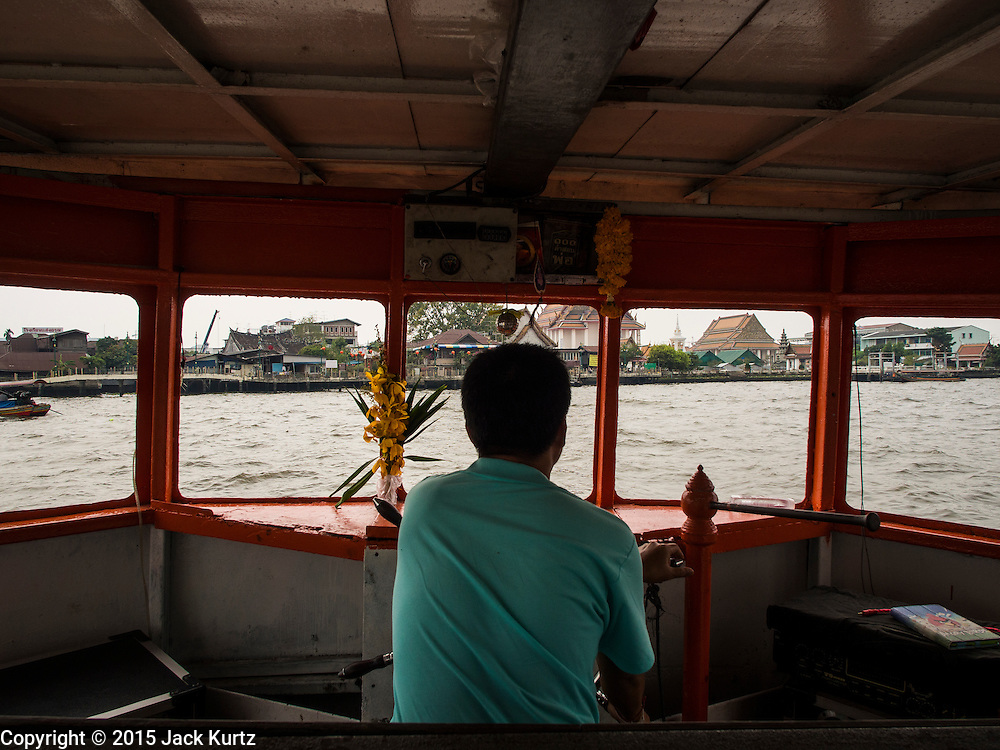