09 JANUARY 2105 - BANGKOK, THAILAND: YINGLUCK SHINAWATRA, former Prime Minister of Thailand, says goodbye to supporters and gets in a waiting car after presenting her defense during her impeachment at the National Legislative Assembly. Thailand's military-appointed National Legislative Assembly began impeachment hearings Friday against former Prime Minister Yingluck Shinawatra. If she is convicted, she could be forced to stay out of politics for five years. During her defense, Yingluck questioned the necessity of her impeachment, saying, "I was removed from office, the equivalent of being impeached, three times already, I have no position left to be impeached from." A decision on her impeachment is expected by the end of January. PHOTO BY JACK KURTZ 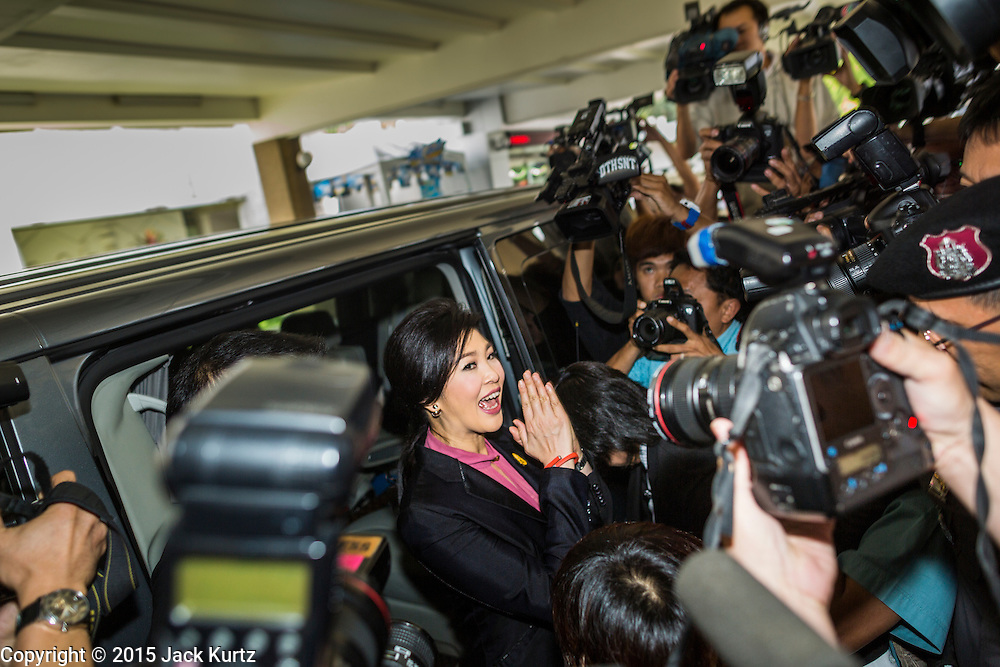