18 NOVEMBER 2012 - BANGKOK, THAILAND: The Honor Guard marches past a US Secret Service agent before President Obama's arrival at Government House in Bangkok. US President Barack Obama arrives for the start of his tour of Southeast Asia on November 18, 2012 in Bangkok, Thailand. Barack Obama will become the first US President to visit Myanmar during the four-day tour of Southeast Asia that will also include visits to Thailand and Cambodia. PHOTO BY JACK KURTZ 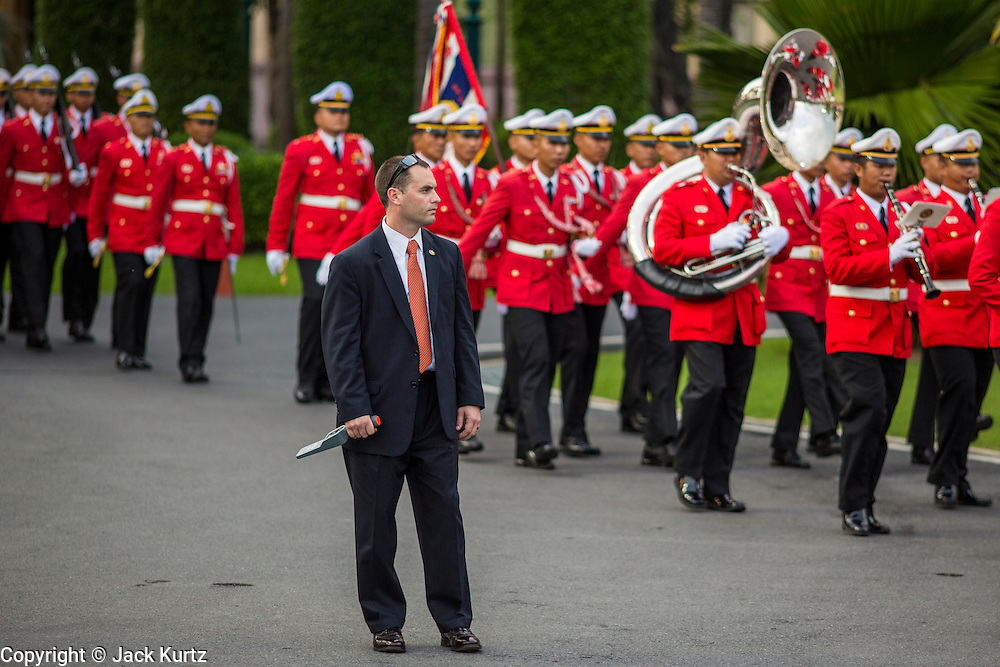