25 OCTOBER 2012 - TAK BAI, NARATHIWAT, THAILAND: Thai women Rangers (paramilitary operating under Army command) check a woman's motorcycle at a checkpoint in Tak Bai, Thailand. The "Tak Bai Incident" took place on Oct. 25 in Tak Bai, Narathiwat, Thailand during the Muslim insurgency in southern Thailand. On that day, a crowd gathered to protest the arrest of local residents. Police made hundreds of arrests during the protest and transported the arrested to Pattani, about two hours away, in another province. They were transported in locked trucks and more than 80 people suffocated en route. This enraged local Muslims and shocked people across Thailand. No one in the Thai army accepted responsibility for the deaths and no one was ever charged. In the past, the anniversary of the incident was marked by protests and bombings. This year it was quiet. More than 5,000 people have been killed and over 9,000 hurt in more than 11,000 incidents, or about 3.5 a day, in Thailand's three southernmost provinces and four districts of Songkhla since the insurgent violence erupted in January 2004, according to Deep South Watch, an independent research organization that monitors violence in Thailand's deep south region that borders Malaysia. PHOTO BY JACK KURTZ 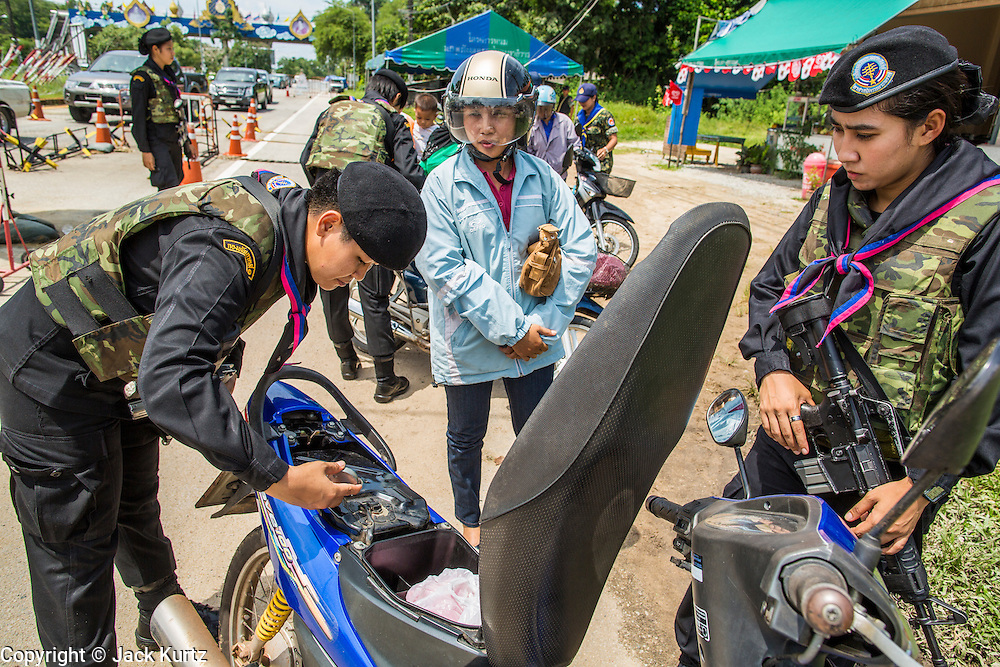