31 MAY 2014 - BANGKOK, THAILAND: A Thai policeman leans in to photograph a group of women who started singing Thai protest, pro-democracy and folk songs in a spontaneous protest against the coup front of a McDonald's in Bangkok. Some McDonald's restaurants in Thailand have become gathering places for anti-coup protestors. The restaurant chain has taken out ads trying to discourage people from protesting in and around the restaurants and put up signs asking people not to protest in the restaurant. Bangkok was mostly quiet Saturday. There were only a few isolated protests against the coup and military government. PHOTO BY JACK KURTZ 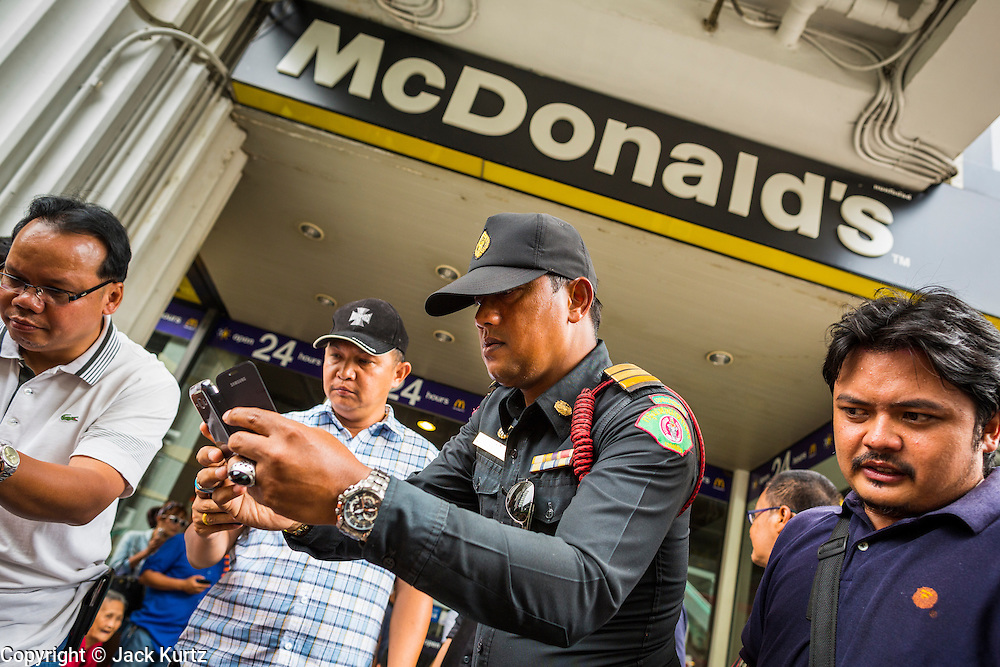