04 NOVEMBER 2014 - YANGON, MYANMAR: Burmese men prepare to flagellate themselves with chains and razors in front of Mogul Mosque (Masjid) on Ashura in Yangon. The flagellation shows solidarity with Hussein and his family. Mogul Mosque is the principal Shia mosque in Yangon. Ashura commemorates the death of Hussein ibn Ali, the grandson of the Prophet Muhammed, in the 7th century. Hussein ibn Ali is considered by Shia Muslims to be the third imam and the rightful successor of Muhammed. He was killed at the Battle of Karbala in 610 CE on the 10th day of Muharram, the first month of the Islamic calendar. According to Myanmar government statistics, only about 4% of the population is Muslim. Many Muslims have fled Myanmar in recent years because of violence directed against Burmese Muslims by Buddhist nationalists. PHOTO BY JACK KURTZ 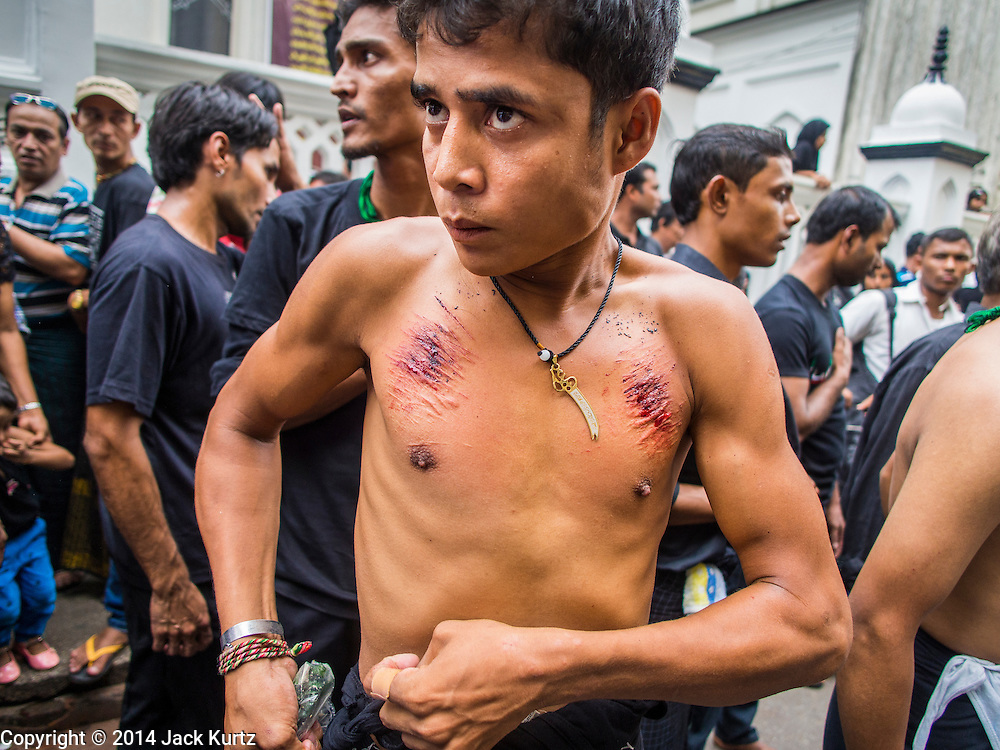