17 JUNE 2015 - YAHA, YALA, THAILAND: Thai Muslims take shelter from the rain during the Hilal in Yaha. During a break in the rain and clouds, people saw the crescent moon and the beginning of Ramadan was declared. Thousands of people came to Yaha District in Yala province of Thailand for the Hilal - the first sighting of the crescent moon that marks the official beginning of the Muslim holy month of Ramadan. Despite cloudy weather and intermittent rain showers, the moon was sighted and religious leaders declared the official beginning of Ramadan. PHOTO BY JACK KURTZ 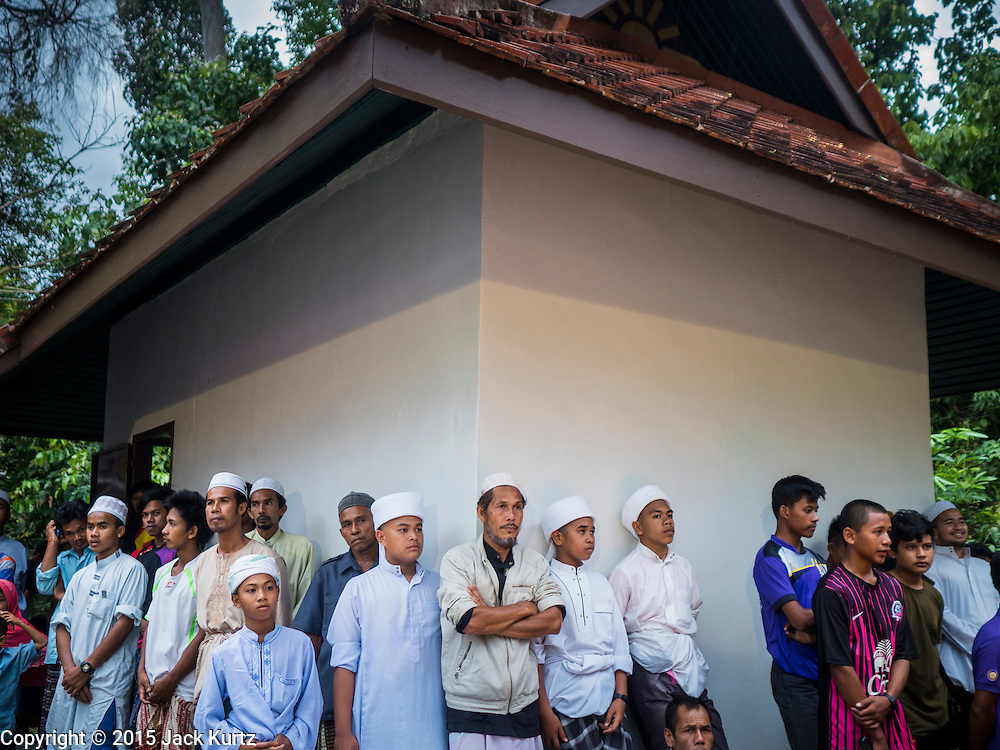