31 DECEMBER 2012 - BANGKOK, THAILAND: A boy wearing devil's horns looks at grilled meats on street food cart at the New Year's Eve party and countdown in the Ratchaprasong intersection in Bangkok. The traditional Thai New Year is based on the lunar calender and is celebrated in April, but the Gregorian New Year is celebrated throughout the Kingdom, especially in larger cities and tourist centers, like Bangkok, Chiang Mai and Phuket. The Bangkok Countdown 2013 event was called ?Happiness is all Around @ Ratchaprasong.? All of the streets leading to Ratchaprasong Intersection were closed and the malls in the area stayed open throughout the evening. PHOTO BY JACK KURTZ 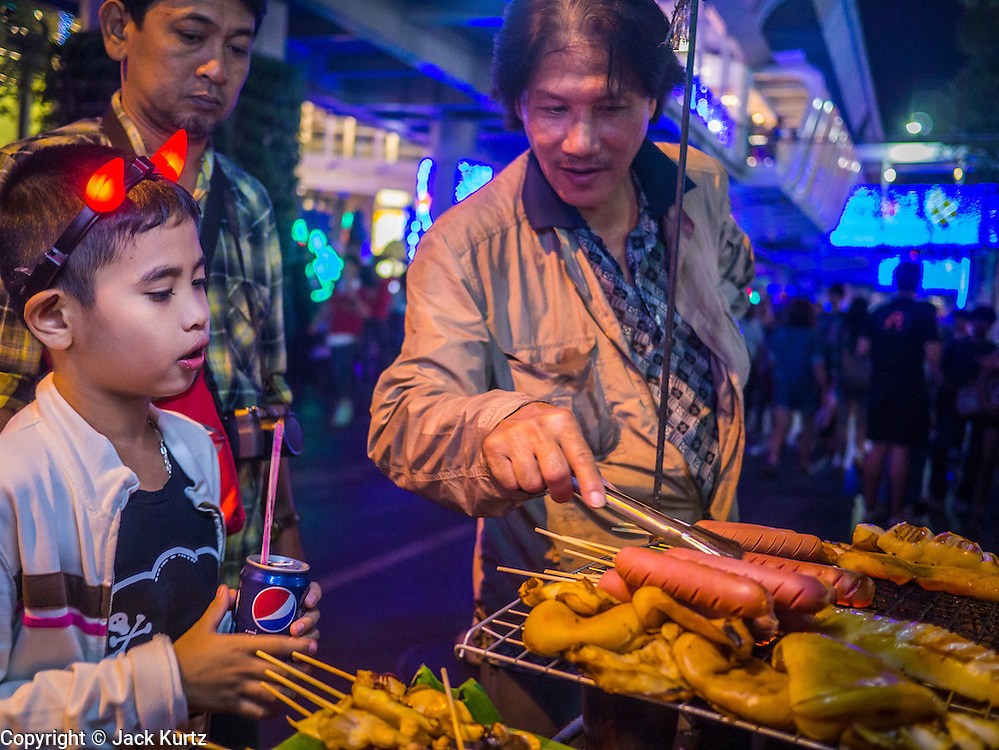