29 JANUARY 2014 - BANGKOK, THAILAND: Traffic passes a sign in Thai and English outlining the alleged ethical breaches of the Pheu Thai government under Prime Minister Yingluck Shinawatra, who is widely considered to be a puppet of her brother, exiled former Prime Minister Thaksin Shinawatra. Thais are supposed to vote Sunday, February 2 in a controversial national election. Anti-government protestors have vowed to disrupt the election. One person was killed and several injured in election related violence during early voting on Sunday Jan. 25. The ruling Pheu Thai party is widely expected to win the election, which is being boycotted by the Democrats and opposition parties. PHOTO BY JACK KURTZ 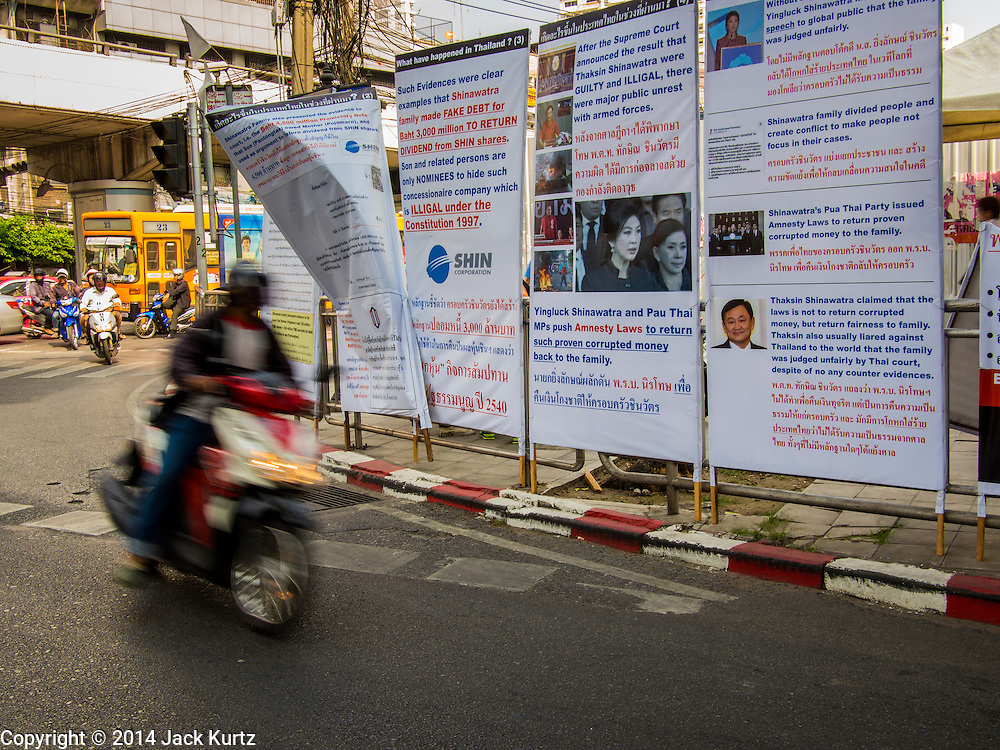