28 AUGUST 2012 - PHOENIX, AZ: Rep. DAVID SCHWEIKERT (R-AZ), right, and his wife, JOYCE SCHWEIKERT, talks to a supporter at Schweikert's victory party Tuesday. Schweikert faced Congressman Ben Quayle in what was the hardest Republican primary election in Arizona in 2012. Both were incumbent Republican freshmen elected to Congress from neighboring districts in 2010. They ended up in the same district at the end of the redistricting process and faced off against each other in the primary to represent Arizona's 6th Congressional District, which is made up of Scottsdale, Paradise Valley and parts of Phoenix. The district is solidly Republican and the winner of the primary is widely expected to win November's general election. Both are conservative Republicans with Tea Party backing. PHOTO BY JACK KURTZ 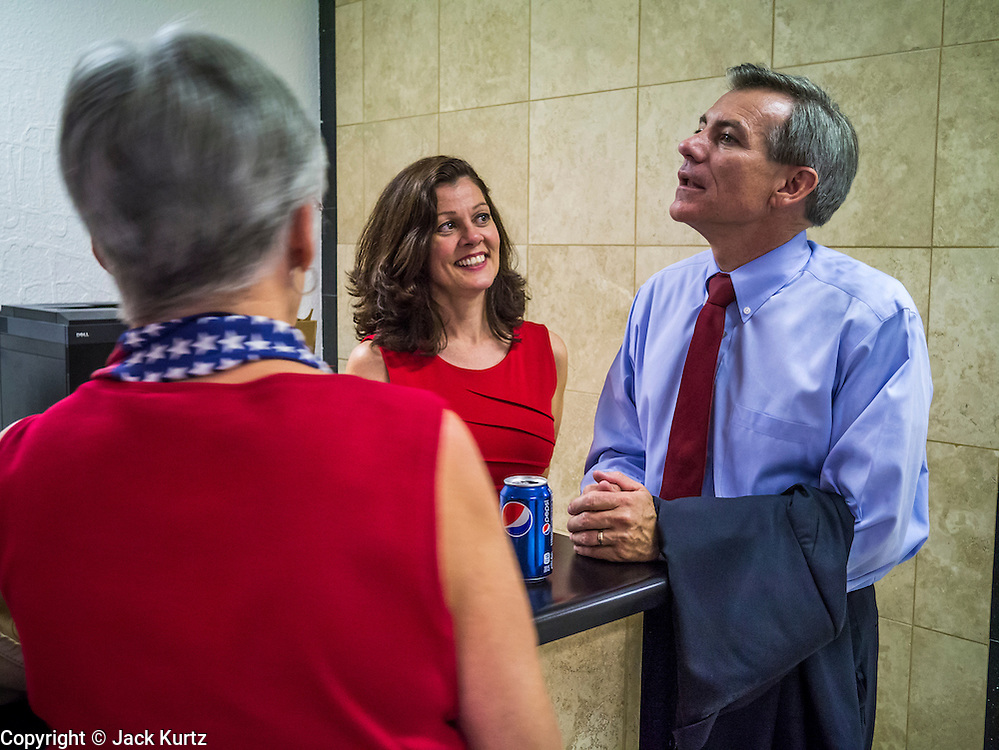