12 AUGUST 2012 - PHOENIX, AZ: A member of the Phoenix Sikh community touches his forehead to the ground and makes an offering to the Guru during Sunday services at the Guru Nank Dwara Ashram Sikh temple in central Phoenix. Guru Nank Dwara Ashram is the oldest of three Sikh temples in the Phoenix area. There are about 1,500 Sikh families in the area. Memorials have been held throughout the week to honor the Sikhs killed in the mass shooting in Wisconsin last week. Sunday's service included several mentions of the massacre and was attended by a number of people active in the Phoenix interfaith community. PHOTO BY JACK KURTZ 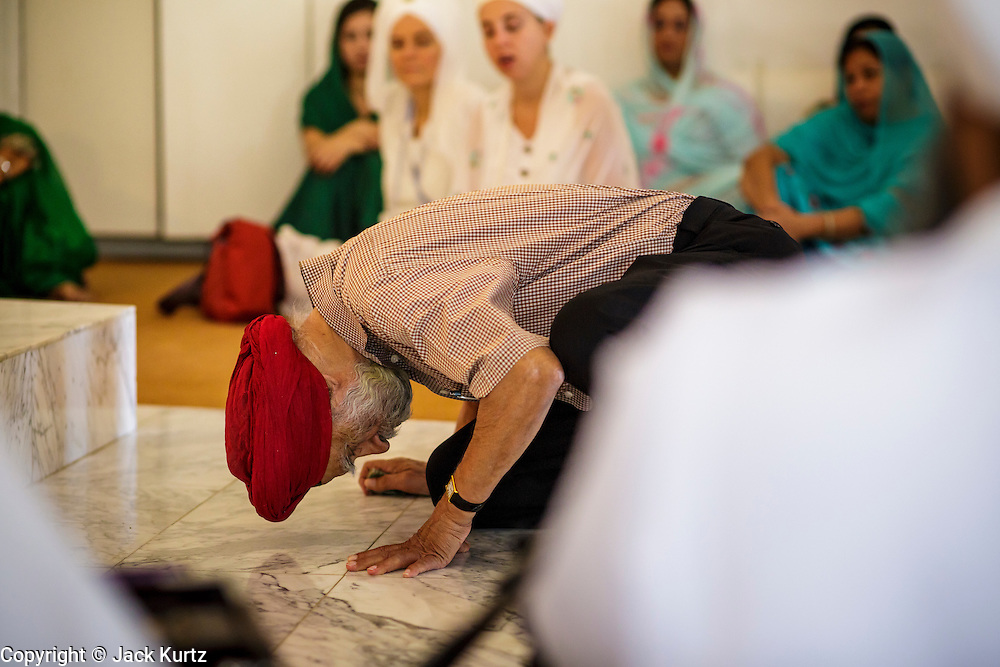