23 NOVEMBER 2010 - PHOENIX, AZ: TAMARA STATMAN, 13, from Phoenix, AZ, reads Sarah Palin's new book, "America by Heart" while waiting to get the book signed at a Barnes and Noble in Phoenix Tuesday. Statman, described herself as a political junkie and said she admires Palin and plans to run for president herself in 2044. Palin signed copies of her new book, "America by Heart" at the store in north Phoenix Tuesday night, Nov. 23. It was the kick off of her book tour to support America by Heart. Palin is frequently mentioned as a possible Republican candidate for US President in 2012. Photo by Jack Kurtz 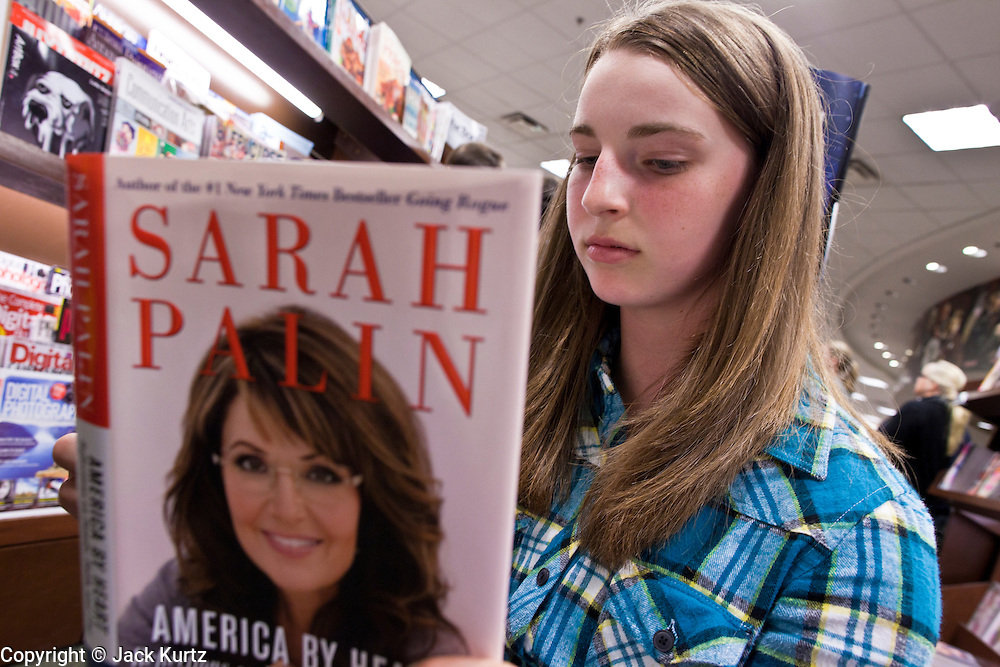