15 OCTOBER 2015 - BANGKOK, THAILAND: A Chinese opera performer puts on her eyelashes before performing at the Vegetarian Festival at the Joe Sue Kung Shrine in the Talat Noi neighborhood of Bangkok. The Vegetarian Festival is celebrated throughout Thailand. It is the Thai version of the The Nine Emperor Gods Festival, a nine-day Taoist celebration beginning on the eve of 9th lunar month of the Chinese calendar. During a period of nine days, those who are participating in the festival dress all in white and abstain from eating meat, poultry, seafood, and dairy products. Vendors and proprietors of restaurants indicate that vegetarian food is for sale by putting a yellow flag out with Thai characters for meatless written on it in red. The shrine is famous for the Chinese opera it hosts during the Vegetarian Festival. The operas are free. PHOTO BY JACK KURTZ 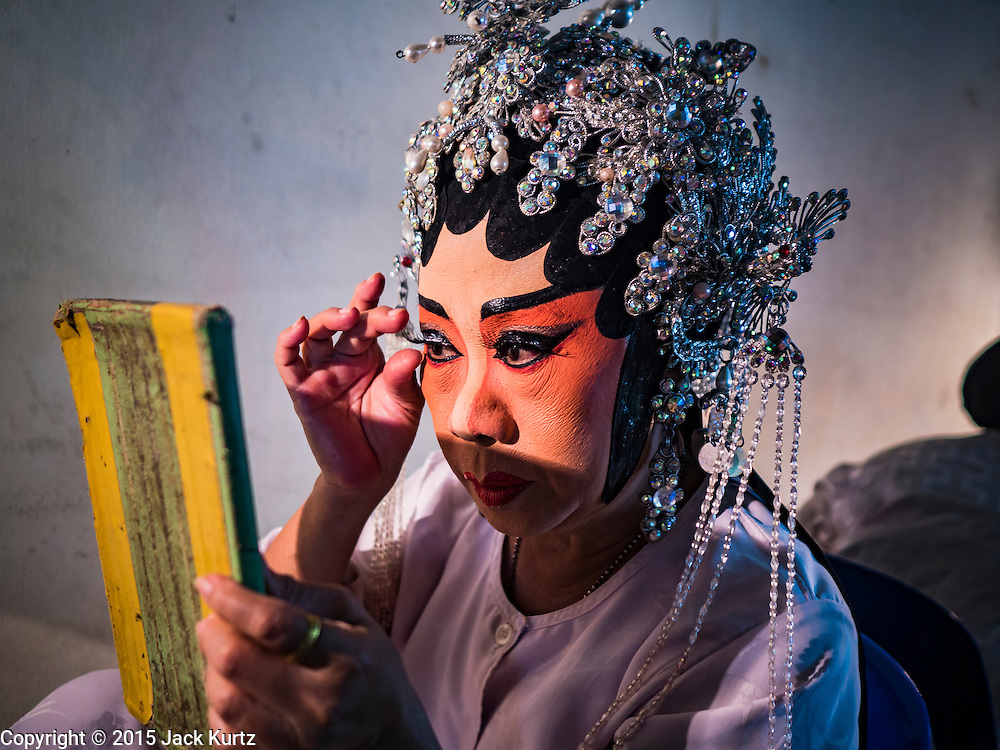