26 OCTOBER 2017 - BANGKOK, THAILAND: Women pray while they watch the televised broadcast of the royal funeral in the waiting area of Hua Lamphong train station during the funeral ceremony for Bhumibol Adulyadej, the Late King of Thailand. The king died on 13 October 2016 and was cremated 26 October 2017, after a mourning period of just over one year. The revered monarch was the longest reigning king in Thai history and is credited with guiding Thailand through the turbulent latter half of the 20th century. PHOTO BY JACK KURTZ 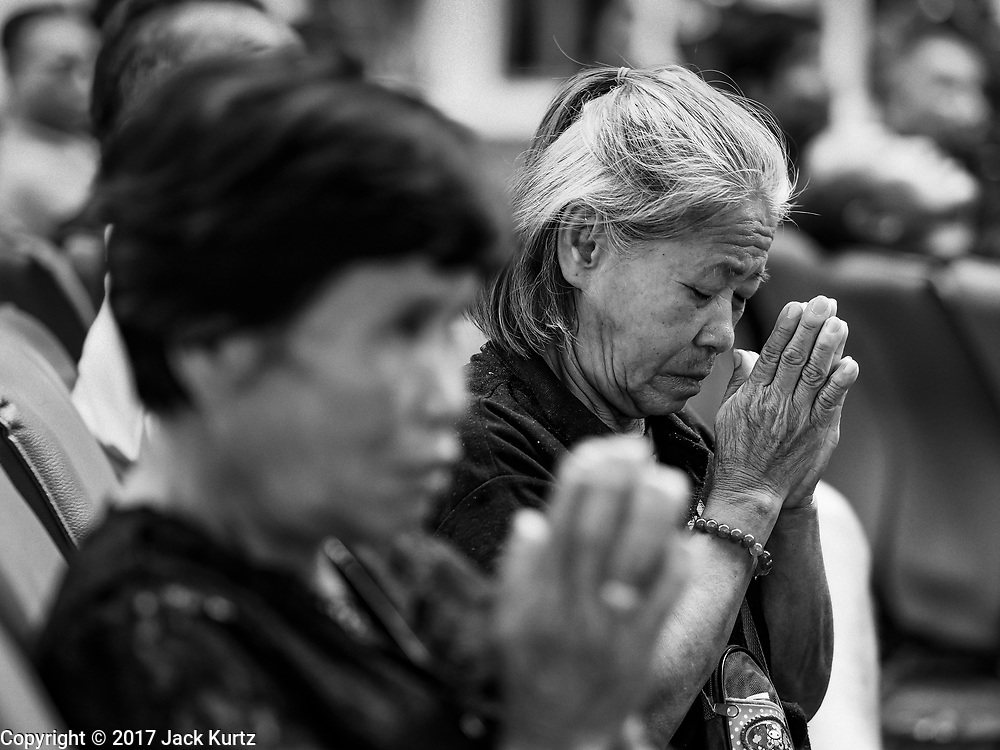