05 DECEMBER 2014 - BANGKOK, THAILAND: KNUTH KLOSE, a German citizen who lives in Thailand, plays his trumpet in honor of Bhumibol Adulyadej, the King of Thailand, during birthday celebrations for the King. He has a picture of the King and Queen on his head. Thais marked the 87th birthday of Bhumibol Adulyadej, the King of Thailand, Friday. The revered Monarch was scheduled to make a rare public appearance in the Grand Palace but cancelled at the last minute on the instructions of his doctors. He has been hospitalized in Siriraj Hospital, across the Chao Phraya River from the Palace, since early October. PHOTO BY JACK KURTZ 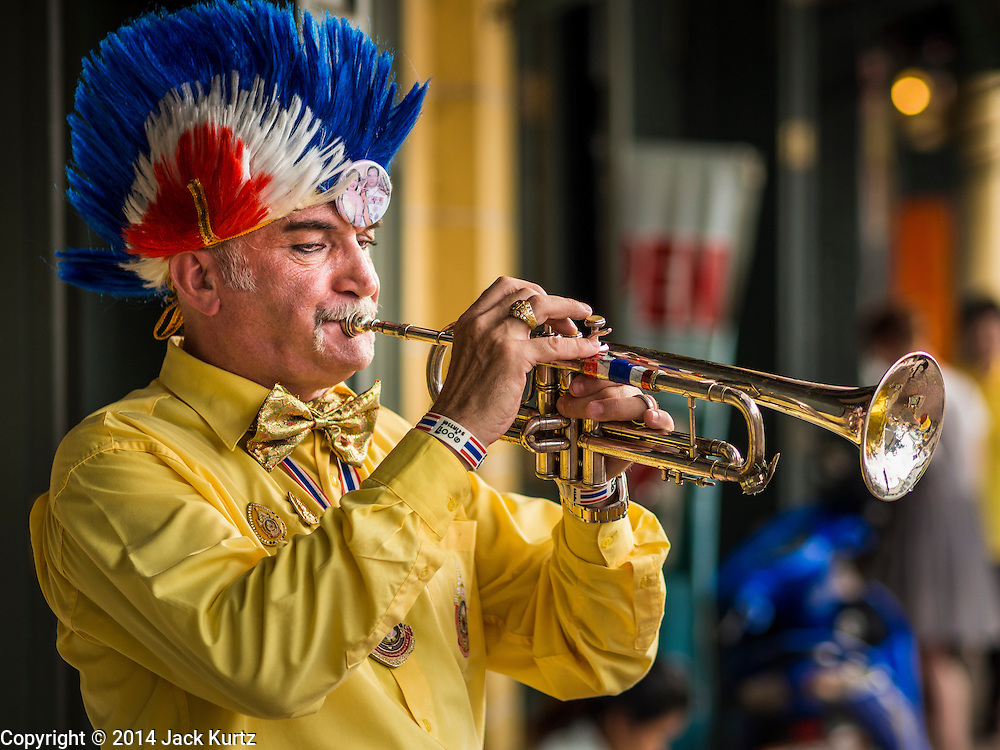