15 JUNE 2018 - SEOUL, SOUTH KOREA: A Muslim African worker in Seoul takes a "selfie" with a smart phone at Seoul Central Mosque on Eid al Fitr, the Muslim Holy Day that marks the end of the Holy Month of Ramadan. There are fewer than 100,000 Korean Muslims, but there is a large community of Muslim immigrants in South Korea, most in Seoul. Thousands of people attend Eid services at Seoul Central Mosque, the largest mosque in South Korea. PHOTO BY JACK KURTZ 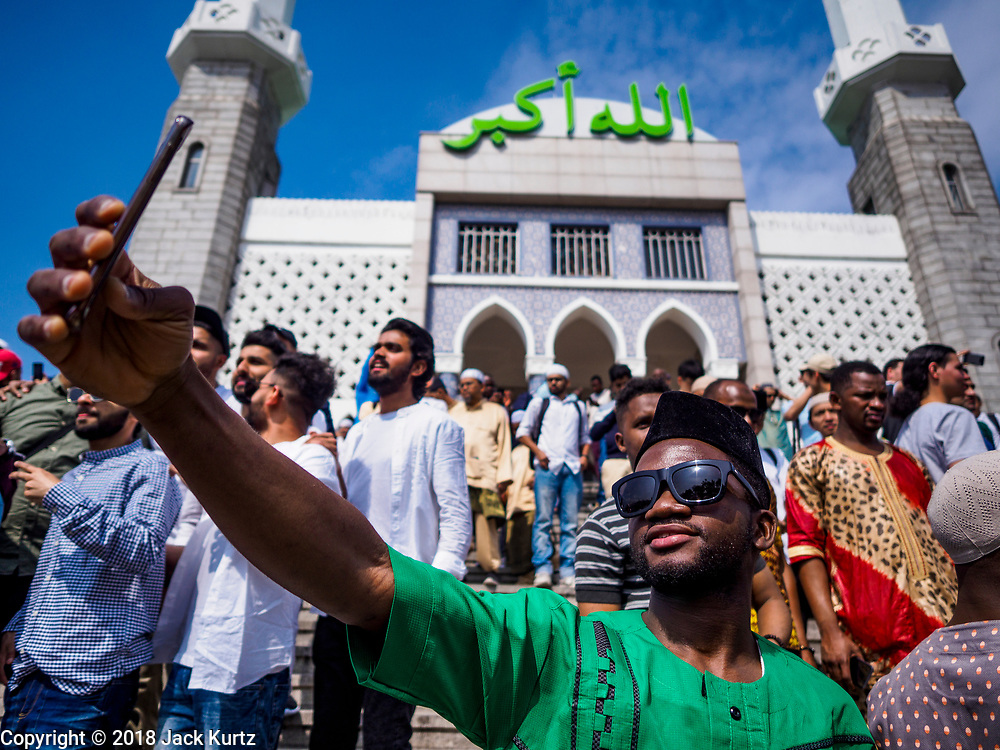