26 JANUARY 2014 - BANGKOK, THAILAND: Thai police officers look up their names of a list of registered voters at the Wat That Thong polling place in Bangkok. The officers did not get to vote because the polling place was shut down by anti-government protestors. Early voting was supposed to be Sunday January 26 but blocked polling places left hundreds of thousands of people unable to vote casting the February 2 general election into doubt and further gridlocking Thai politics. Anti-government protestors forced the closure of polling places in Bangkok Sunday as a part of Shutdown Bangkok. Protestors blocked access to gates and entry ways to polling places and election officials chose the close them rather than confront protestors. Shutdown Bangkok has been going for 12 days with no resolution in sight. Suthep, the leader of the anti-government protests and the People's Democratic Reform Committee (PDRC), the umbrella organization of the protests, is still demanding the caretaker government of Prime Minister Yingluck Shinawatra resign, the PM says she won't resign and intends to go ahead with the election. PHOTO BY JACK KURTZ 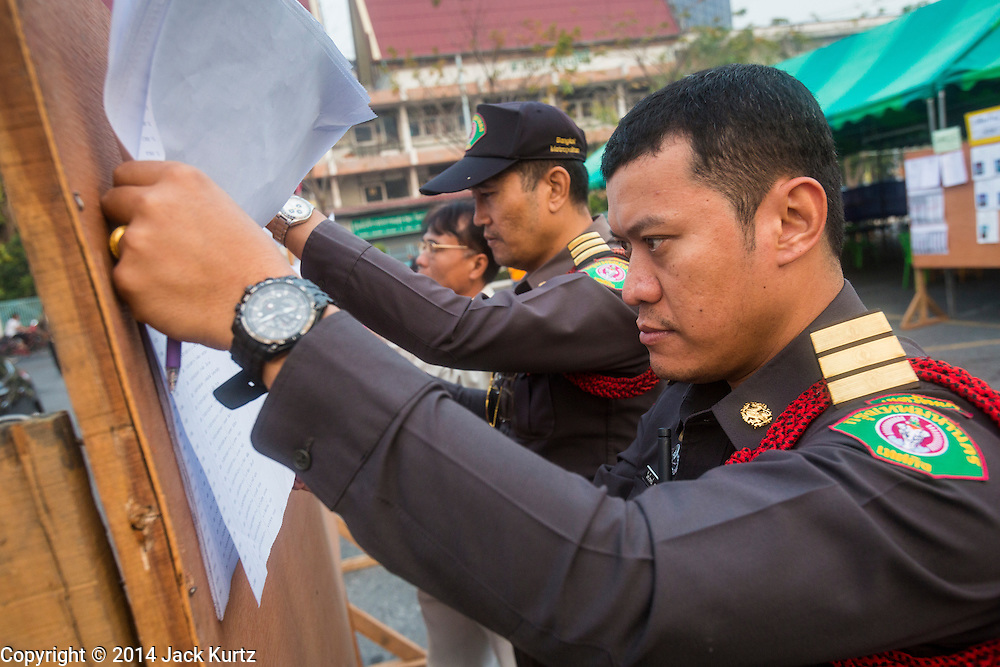