01 JUNE 2020 - DES MOINES, IOWA: BETTY ANDREWS, President of the Iowa-Nebraska NAACP, talks about racial justice, George Floyd, and police violence against African-Americans during a rally at the Iowa State Capitol. About 1,000 people gathered in front of the Iowa State Capitol in Des Moines Monday evening for a rally calling for racial justice. The rally was one week after George Floyd, an unarmed black man, was killed by a Minneapolis police officer who knelt on Floyd's back for more than eight minutes. There were protests in Des Moines all weekend against Floyd's killing. There was some violence and some people have been arrested but the protests in Des Moines haven't been as serious as protests in other cities. PHOTO BY JACK KURTZ 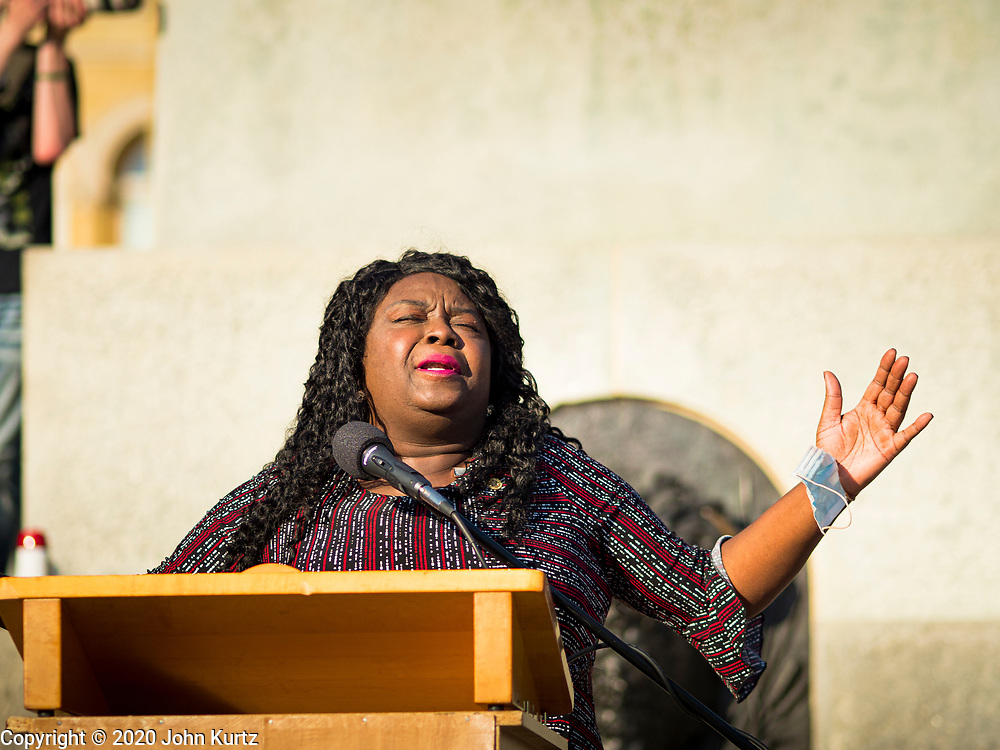