05 MAY 2010 - BANGKOK, THAILAND: A woman holds up a photo of Thai King Bhumibol Adulyade while she waits for his motorcade, Wednesday, May 5. People on the street in front of the Grand Palace in Bangkok wait for Thai King Bhumibol Adulyade, Wednesday, May 5. Wednesday was Coronation Day in Thailand, marking the 60th anniversary of the coronation of Thai King Bhumibol Adulyade, also known as Rama IX. He is the world's longest serving current head of state and the longest reigning monarch in Thai history. He has reigned since June 9, 1946 and his coronation was on May 5, 1950, after he finished his studies. The King is revered by the Thai people. Thousands lined the streets around the Grand Palace hoping to catch a glimpse of the King as his motorcade pulled into the palace. The King has been hospitalized since September 2009, making only infrequent trips out of the hospital for official functions, like today's ceremonies. PHOTO BY JACK KURTZ 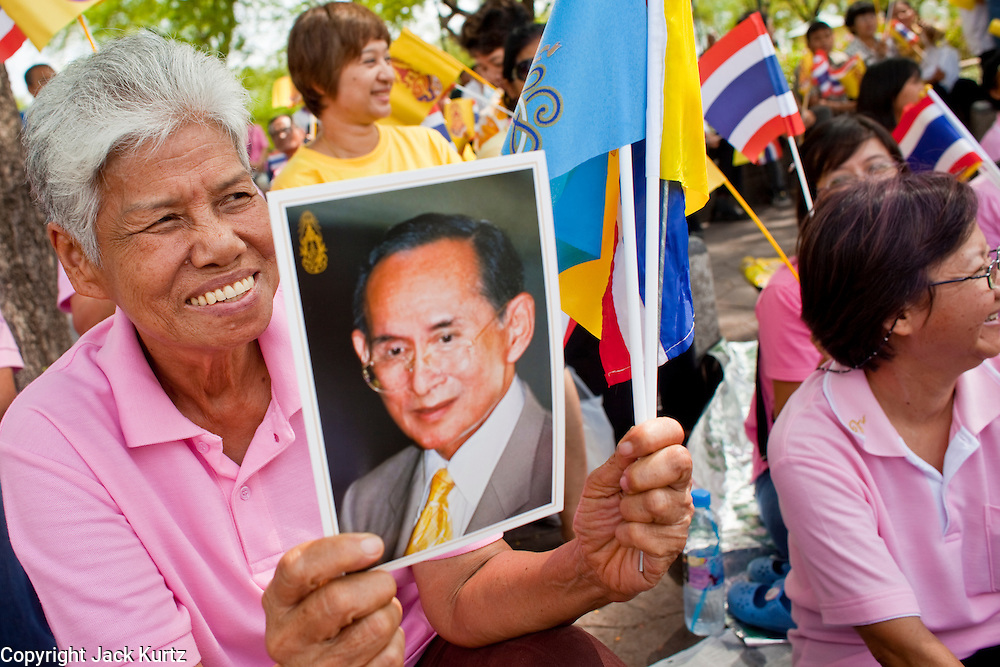