12 MARCH 2012 - PHOENIX, AZ: RICO RODRIGUEZ, who has been a bus driver for 12 years, and other drivers walk a picket line in front of the Veolia Transportation bus barns in Phoenix, AZ, Monday. Nearly 900 bus drivers from Amalgamated Transit Union Local 1433 are on strike against Veolia Transportation which is contracted to provide bus service for Valley Metro, the bus service that spans the Phoenix metropolitan area. The routes affected by the strike are in Phoenix and the suburbs of Tempe and Glendale. According to the union, the strike was called because of Veolia's conduct during negotiations, which have lasted more than two years. The union has filed Unfair Labor Practices charges against Veolia with The National Labor Relations Board and the NLRB is taking Veolia before an Administrative Law Judge on April 3, 2012 to answer the charges. PHOTO BY JACK KURTZ 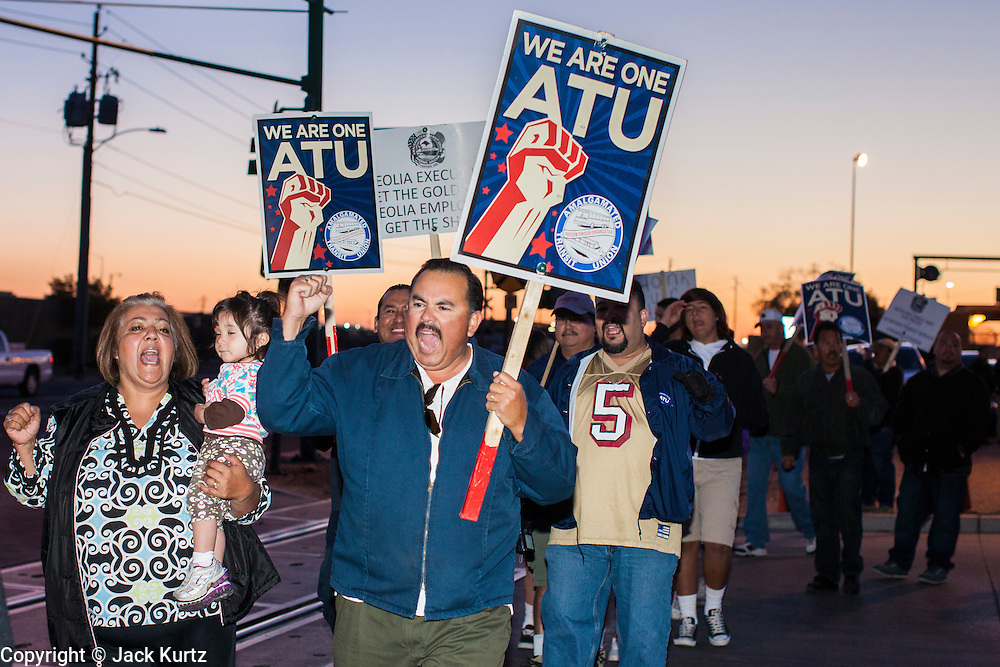