21 OCTOBER 2013 - PHOENIX, AZ: CAROLYN COOPER, 67, from Tempe, AZ, waits to be arrested by Arizona State Police after she staged a sit-in in the office of the Attorney General. She and other DREAM Act supporters are protesting the decision by Attorney General Horne to sue the Maricopa County Community College District to force the district to charge in-state tuition to the young people who qualify for the federal government deferred-action program. PHOTO BY JACK KURTZ 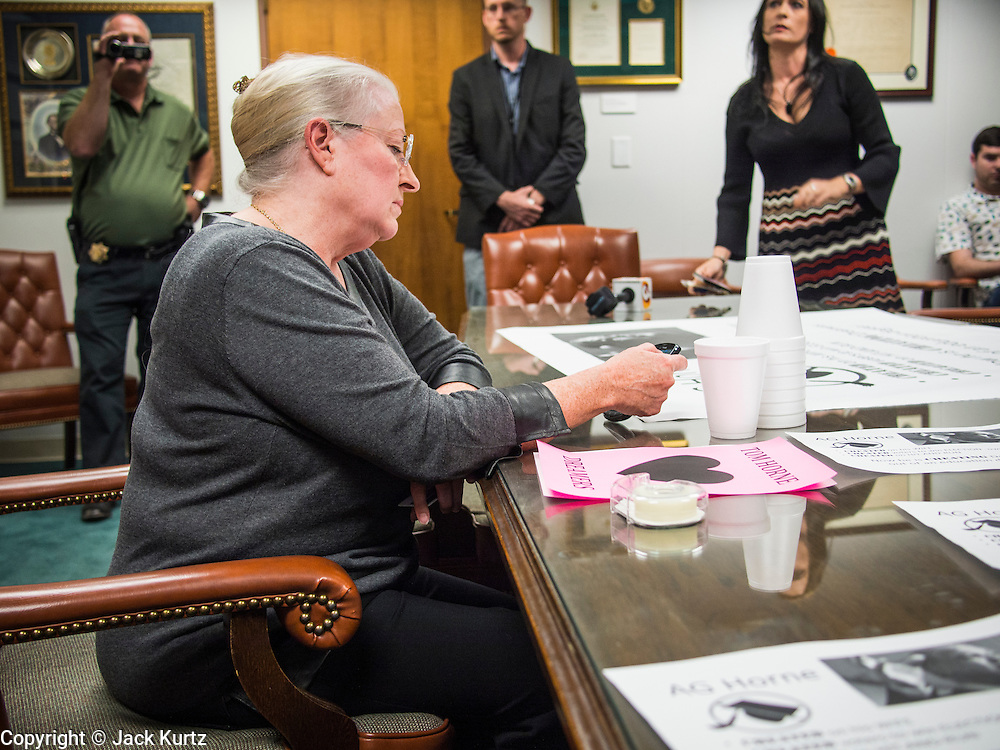