02 JUNE 2012 - PHOENIX, AZ: Congressman DAVID SCHWEIKERT (R-AZ) talks to campaign volunteers Saturday in front of a sign that says "vote." Schweikert met with his campaign staff and volunteers for a pancake breakfast Saturday morning at the campaign headquarters to talk to them about the upcoming primary election against fellow Republican Ben Quayle. Republican incumbents Schweikert and Quayle will face each other in Arizona's Aug. 28 primary election. Redistricting because of the census has thrown the two conservative freshman Republican Congressmen into Arizona's 6th Congressional District. The district is made up of mostly upper middle class neighborhoods in north Phoenix and the wealthy suburban communities of Scottsdale, Fountain Hills and Cave Creek. The District is strongly Republican and whoever wins the Republican primary is expected to easily win November's general election. PHOTO BY JACK KURTZ 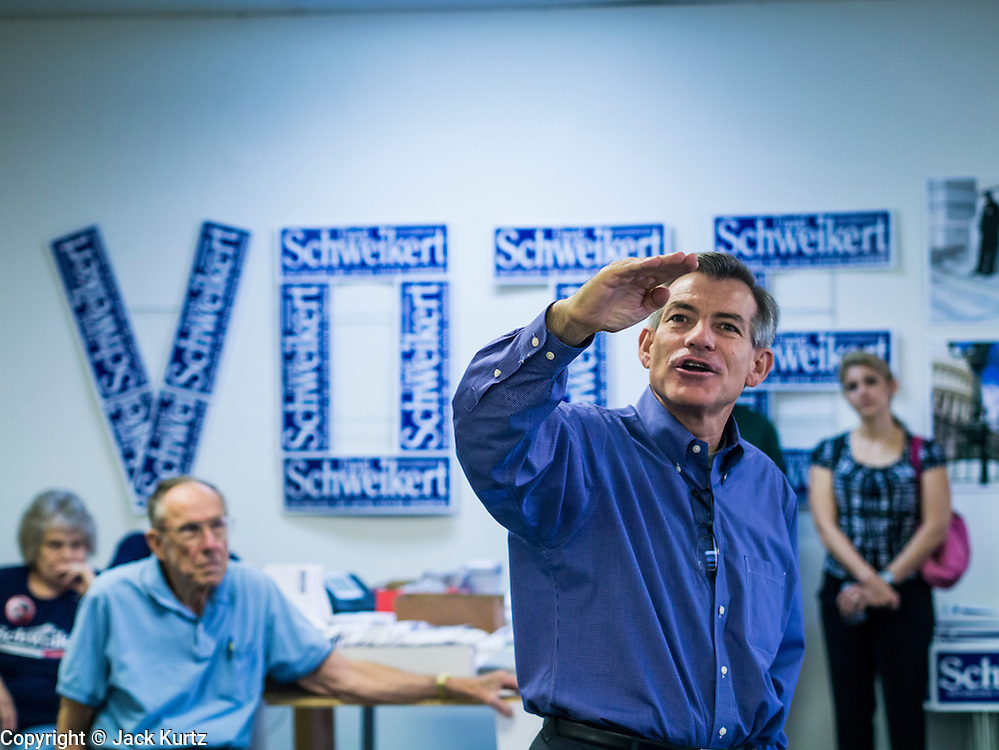