17 MAY 2013 - BANGKOK, THAILAND: The roofline of Wat Arun with the Thonburi section of Bangkok behind it. Wat Arun is a Buddhist temple (wat) in the Bangkok Yai district of Bangkok, Thailand, on the west bank of the Chao Phraya River. The full name of the temple is Wat Arunratchawararam Ratchaworamahavihara. The outstanding feature of Wat Arun is its central prang (Khmer-style tower). It may be named "Temple of the Dawn" because the first light of morning reflects off the surface of the temple with a pearly iridescence. Steep steps lead to the two terraces. The height is reported by different sources as between 66,80 m and 86 m. The corners are surrounded by 4 smaller satellite prangs. The prangs are decorated by seashells and bits of porcelain which had previously been used as ballast by boats coming to Bangkok from China. The central prang is topped with a seven-pronged trident, referred to by many sources as the "trident of Shiva". Around the base of the prangs are various figures of ancient Chinese soldiers and animals. Over the second terrace are four statues of the Hindu god Indra riding on Erawan. The temple was built in the days of Thailand's ancient capital of Ayutthaya and originally known as Wat Makok (The Olive Temple). In the ensuing era when Thonburi was capital, King Taksin changed the name to Wat Chaeng. The later King Rama II. changed the name to Wat Arunratchatharam. He restored the temple and enlarged the central prang. The work was finished by King Rama III. King Rama IV gave the temple the present name Wat Arunratchawararam. As a sign of changing times, Wat Arun officially ordained its first westerner, an American, in 2005. The central prang symbolizes Mount Meru of the Indian cosmology. The satellite prangs are devoted to the wind god Phra Phai. PHOTO BY JACK KURTZ 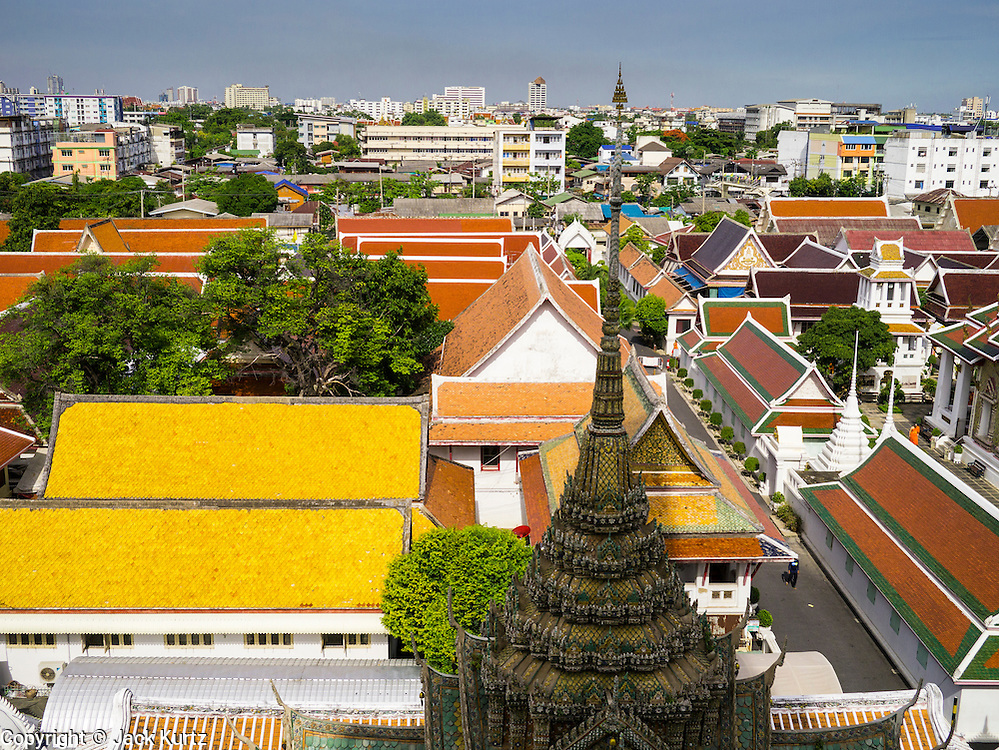