19 SEPTEMBER 2011 - NEW YORK, NY: Women sign an American flag used as a condolences card for firefighters at the firehouse for Battalion 9, Ladder 4, Engine 54 on 8th Ave at 49th Street in Manhattan, Sept. 19, 2001. Fifteen firefighters from the station were killed in the terrorist attack on the World Trade Center Towers that took place on Sept. 11, 2001. More than 2,900 people, including hundreds of New York firefighters were killed when terrorists crashed two airliners into the towers. .PHOTO BY JACK KURTZ 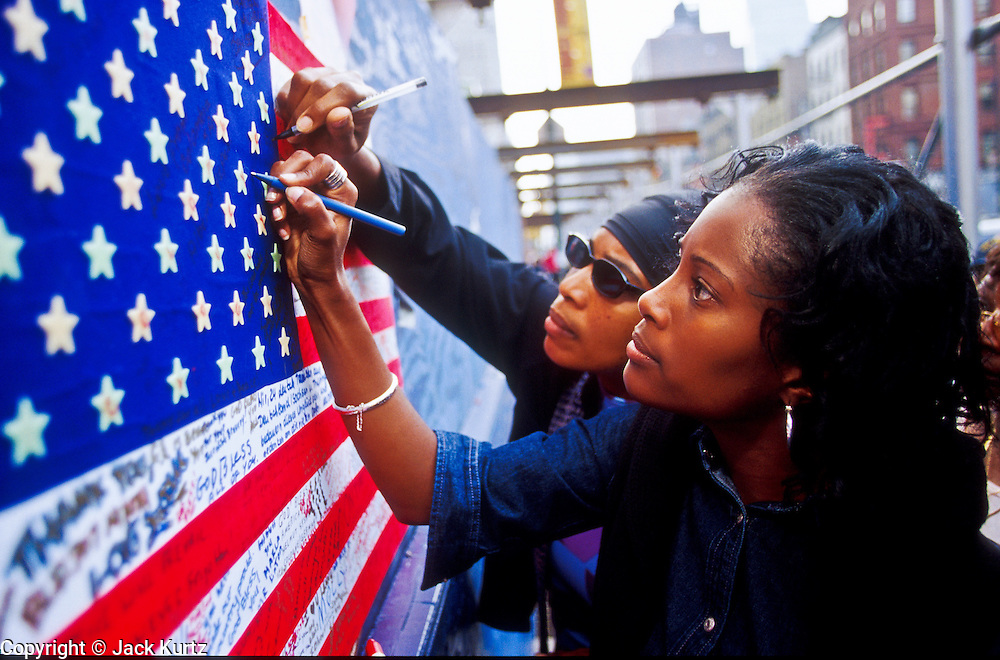