12 JUNE 2006 - SAN LUIS, AZ: Sgt. David Cowley, a welder with the Utah National Guard, welds a joint in a fence near San Luis, AZ. San Luis, Mexico is on the other side of the fence. Fifty five members of the 116th Engineer Company, Combat Support Engineers, of the Utah Army National Guard are in San Luis, AZ, to build a fence and improve roads east of the San Luis Port of Entry on the US/Mexico border. The unit is the first of an estimated 6,000 US military personnel, almost all of them Army National Guard, who will be dispatched to the US/Mexico border by President Bush to help control immigration on the border. The Guardsmen will primarily build roads and fence and staff surveillance centers. They will not be engaged in first line law enforcement work. Photo by Jack Kurtz 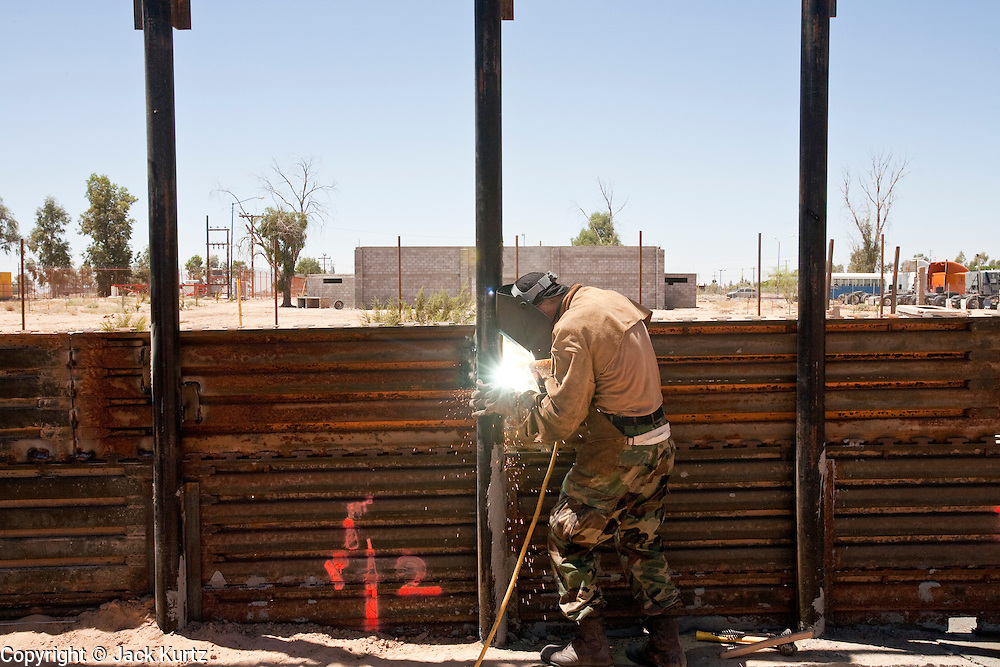