November 10, 2008 -- PHOENIX, AZ: A person holds up an anti-Proposition 102 during a gay rights vigil in Phoenix. Proposition 102 barred gay marriage in Arizona and was passed by Arizona voters in the 2008 election. About 250 people attended a candle light vigil in support of gay rights and gay marriage in Phoenix, AZ, Monday night. The rally, like similar ones in Los Angeles and Salt Lake City, were in response to anti-gay marriage and anti-gay rights initiatives that were passed by the voters in Arizona, California and Florida. The anti-gay initiatives in Arizona and California were funded by conservative churches, including the Church of Latter Day Saints (Mormons). Photo by Jack Kurtz / ZUMA Press 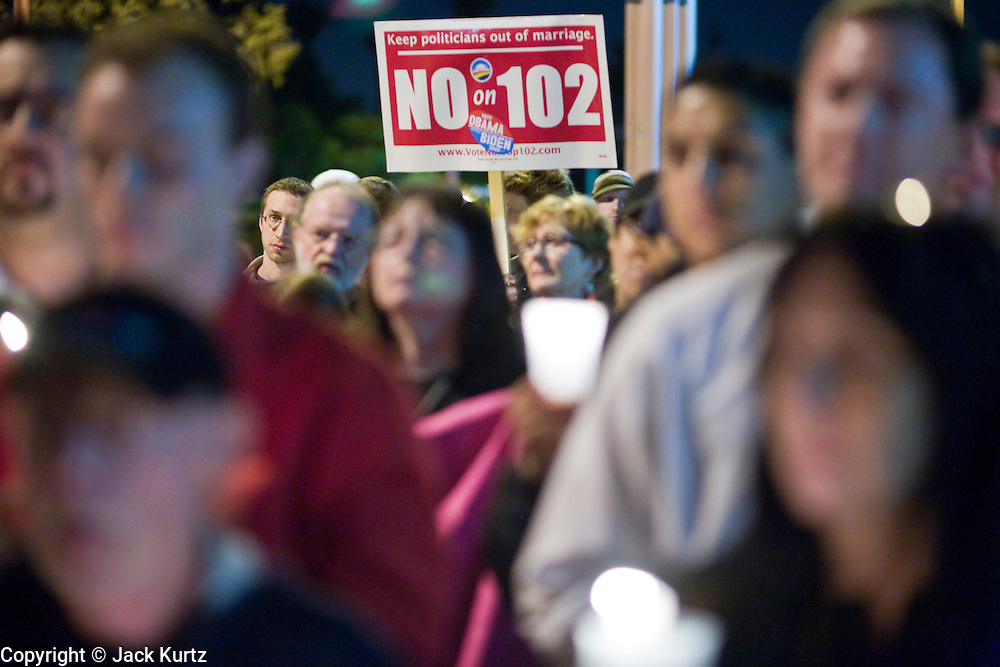