04 APRIL 2015 - CHIANG MAI, CHIANG MAI, THAILAND: A Tai boy sits in an alter in his family's living space at Wat Pa Pao during the Poi Sang Long Festival. Friends and family will visit him and pray with him before the ordination ceremony. The Poi Sang Long Festival (also called Poy Sang Long) is an ordination ceremony for Tai (also and commonly called Shan, though they prefer Tai) boys in the Shan State of Myanmar (Burma) and in Shan communities in western Thailand. Most Tai boys go into the monastery as novice monks at some point between the ages of seven and fourteen. This year seven boys were ordained at the Poi Sang Long ceremony at Wat Pa Pao in Chiang Mai. Poy Song Long is Tai (Shan) for "Festival of the Jewel (or Crystal) Sons. PHOTO BY JACK KURTZ 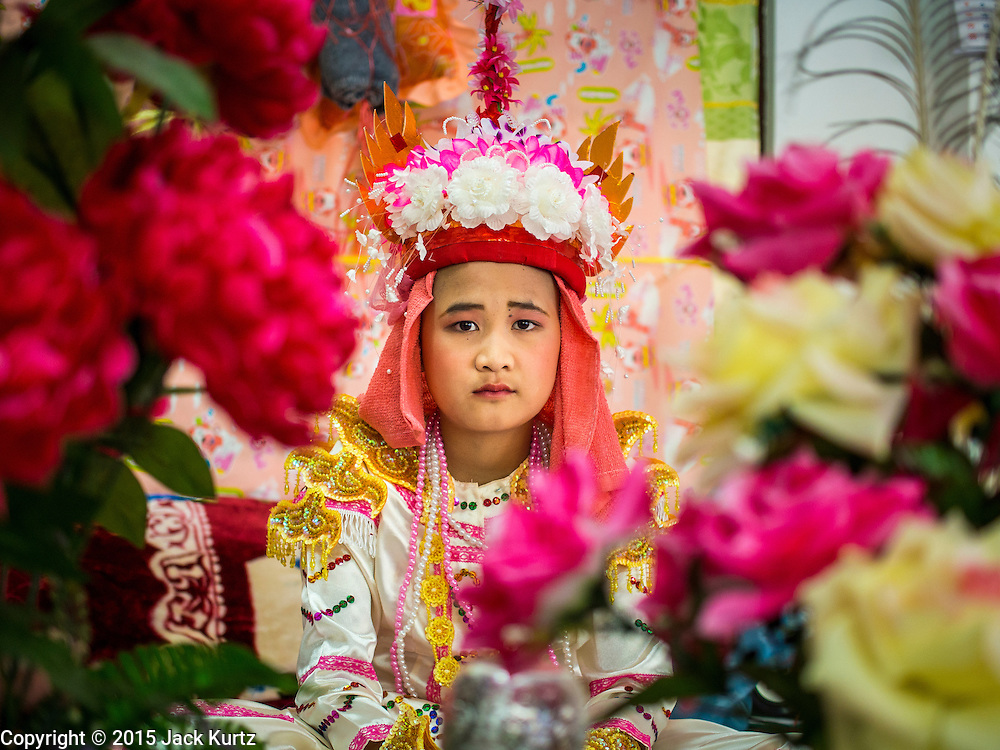