11 APRIL 2014 - MAHACHAI, SAMUT SAKHON, THAILAND: Lotus for sale in the market in Mahachai, the main city in Samut Sakhon province. Lotus is used in Buddhist religious rituals and as a snack. Samut Sakhon is a coastal province southwest of Bangkok. It's known for its fishing and aquaculture industries but manufacturing companies are buying large plots of lands and building factories in the province, supplanting the traditional industries. A large number of Burmese migrants who work in the fishing and manufacturing sectors live in Samut Sakhon. PHOTO BY JACK KURTZ 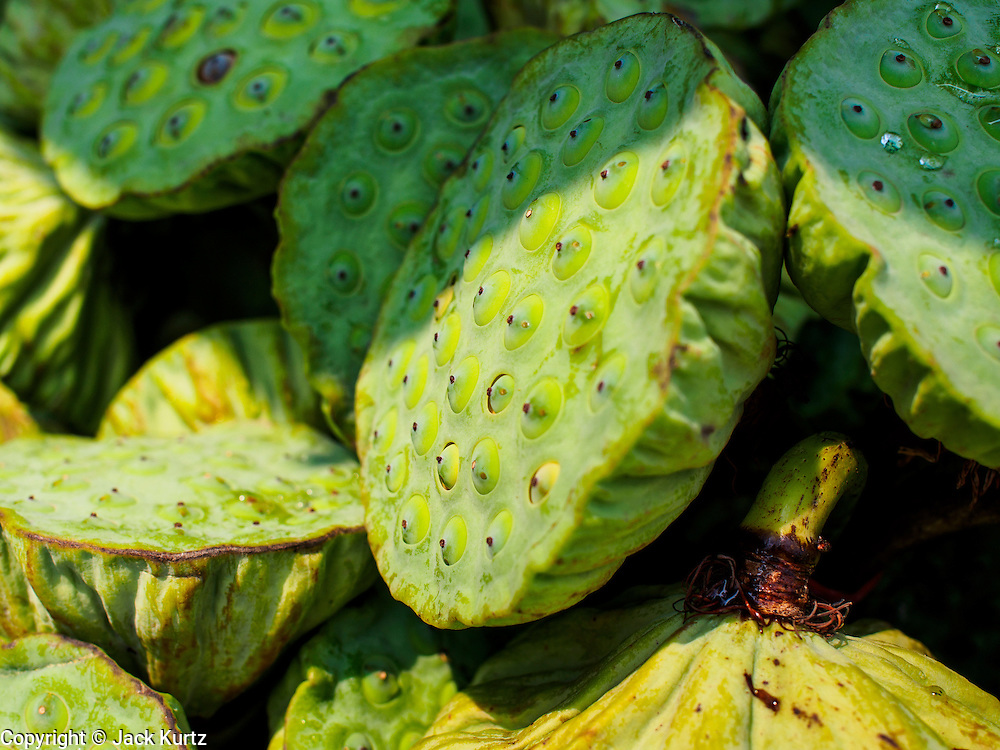