05 FEBRUARY 2005 - NOGALES, SONORA, MEXICO: Police in Nogales, Sonora, Mexico search suspected gang members during a sweep in Nogales. Members of "Grupo Operativos" a special operations unit of the Nogales, Sonora, Mexico, police department, on patrol in Nogales, Saturday night, Feb. 5. The Operativos specialize in anti-gang enforcement and drug interdiction missions. In recent months they have stepped up patrol activity in Nogales communities near the border. In January 2005, the US Department of State has issued a travel advisory advising US citizens to avoid travel along the US Mexican border because of increased violence, including the kidnapping of US citizens, in border communities. Most of the violence has been linked to the drug cartels, who are increasingly powerful in Mexico. The Operativos also patrol the districts of Nogales frequented by US tourists in an effort to prevent crime directed against US citizens. PHOTO BY JACK KURTZ 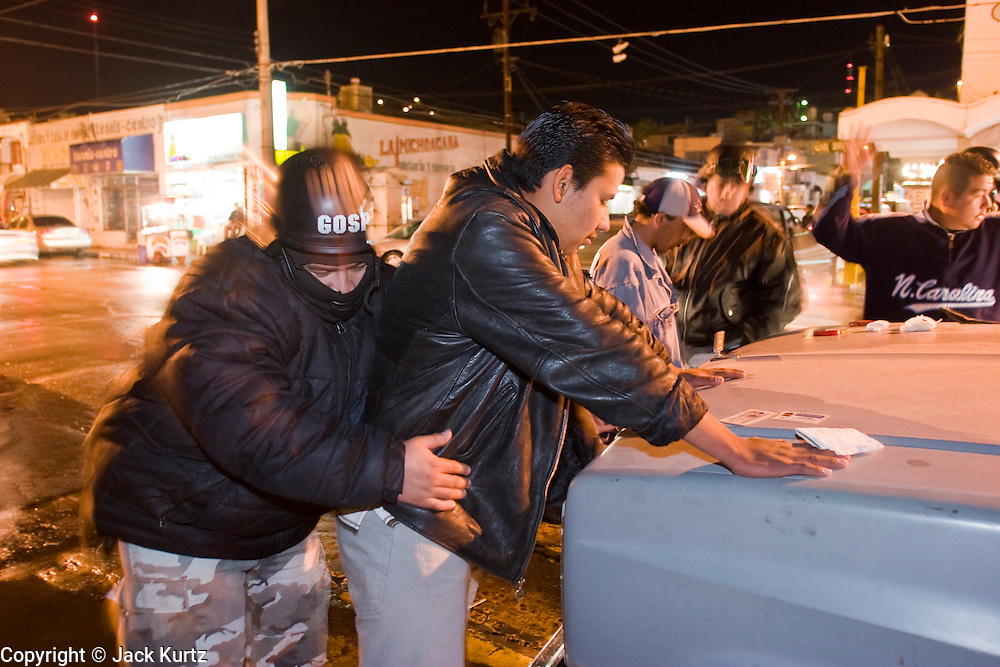