Apr. 12, 2010 - BANGKOK, THAILAND: A Red Shirt security guard wipes his face while he protects Thai police and tries to hold back the crowd in front of the Prime Minister's house on Soi 31 off of Sukhumvit Rd in Bangkok Monday. The funeral cortege for the Red Shirts killed in the violent crackdown Saturday wound through Bangkok and parts of the procession passed by the Prime Minister's home. Thousands of mourners came out to pay respects for dead Red Shirts. 21 people, including 16 Thai civilians were killed when soldiers tried to clear the Red Shirts' encampment in Bangkok. Thousands more came out to call for the government of Thai Prime Minister Abhisit Vejjajiva to step down. Today Gen. Anupong Paojinda, the Chief of Staff of the Thai Army, reiterated that the Army would not use violence to break up the protests and joined the call for the Prime Minister to call new elections. This is the beginning of Songkran, Thai New Year's week, and the government has cancelled the official festivities fearing more violence. It was during last year's Songkan festivities that the Thai Army and police used force to break up the Red Shirt protests. That protest is now called the Songkran Riots. Photo By Jack Kurtz 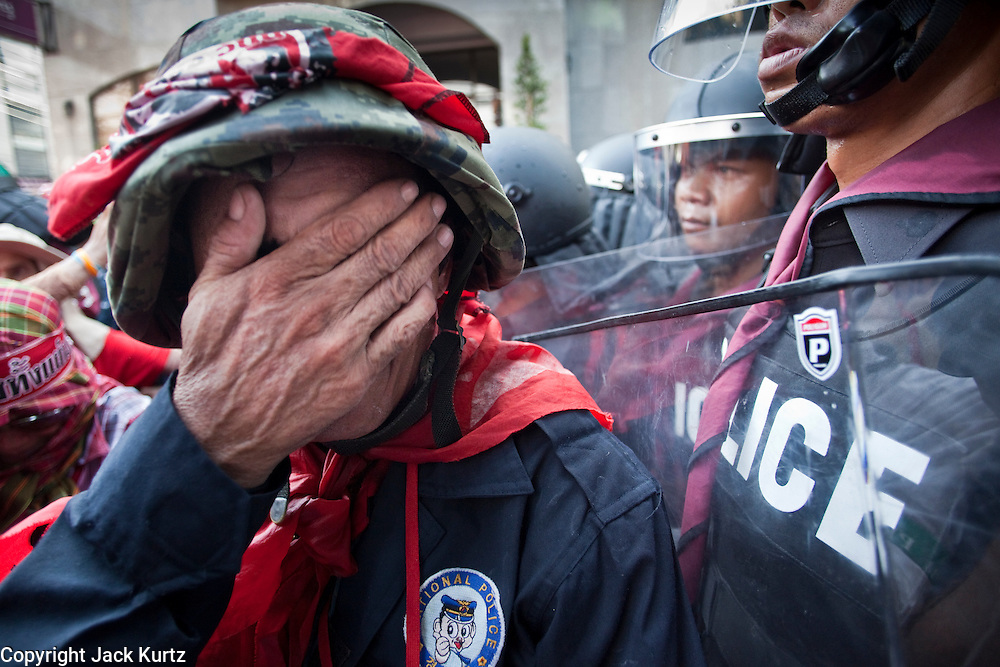