24 MAY 2013 - MAE SOT, THAILAND: A Thai woman donates money to the local Burmese Buddhist temple in Mae Sot, Thailand, during a procession for Visakha Puja Day. Visakha Puja (Vesak) marks three important events in the Buddha's life: his birth, his attainment of enlightenment and his death. It is celebrated on the full moon of the sixth lunar month, usually in May on the Gregorian calendar. This year it is on May 24 in Thailand and Myanmar. It is celebrated throughout the Buddhist world and is considered one of the holiest Buddhist holidays. Burmese Buddhist in Mae Sot celebrated with a procession through Mae Sot that ended with a service followed by a communal meal at Wat Pha Mai, the most important Burmese Buddhist temple in Mae Sot. PHOTO BY JACK KURTZ 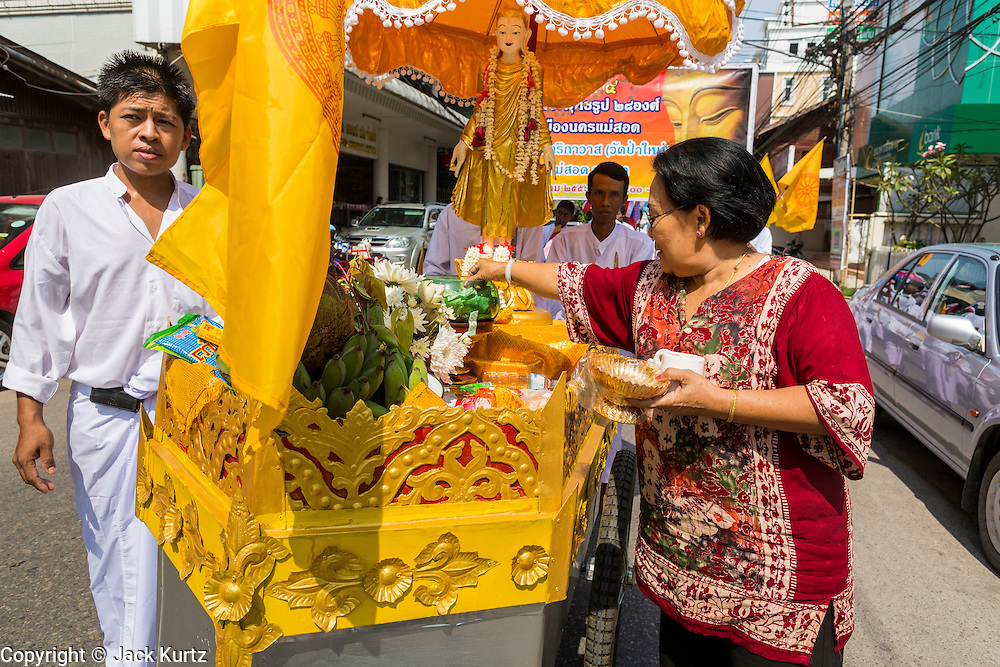