Sept. 22, 2009 -- BANGKOK, THAILAND: A woman wearing a breathing mask for protection from H1N1 flu virus signs a get well note in the lobby of Siriraj Hospital for King Bhumibol Adulyadej, the 81-year-old King of Thailand. The King has been admitted to hospital suffering from a fever. Doctors at Siriraj Hospital said the world's longest-serving monarch, had shown signs of fatigue and was being treated with antibiotics. King Bhumibol is deeply revered by most Thais and his health is a matter of public anxiety. His Majesty was admitted on Saturday suffering from a fever, fatigue and loss of appetite. Doctors continued to treat the King with intravenous drips and antibiotics, hospital officials said. More than 3,500 people have come to the hospital to pray for the King's speedy recovery and to sign get well cards for him. Photo by Jack Kurtz 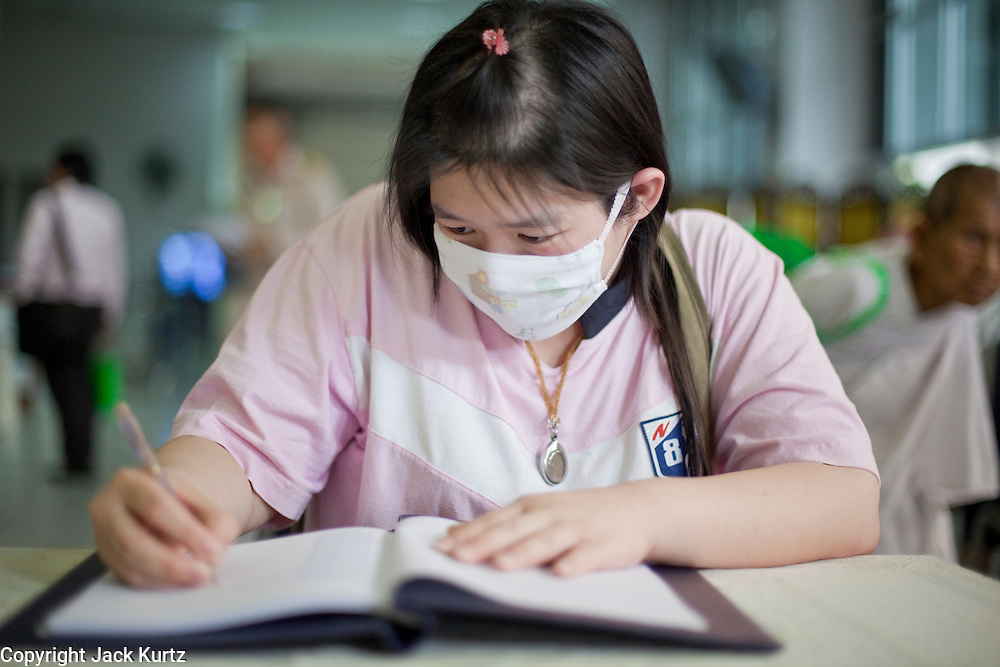