16 JUNE 2015 - CHANAE, NARATHIWAT, THAILAND: Thai Muslim men listen to a local Imam during a prayer service in Chanae. About 600 people from Muslim communities in Chanae district of Narathiwat province came to the district offices Tuesday morning to participate in a prayer for peace during Ramadan. About 6,000 people have been killed in sectarian violence in Thailand's three southern provinces of Narathiwat, Pattani and Yala since a Muslim insurgency started in 2004. Attacks usually spike during religious holidays. Insurgents are fighting for more autonomy from the central government in Bangkok. PHOTO BY JACK KURTZ 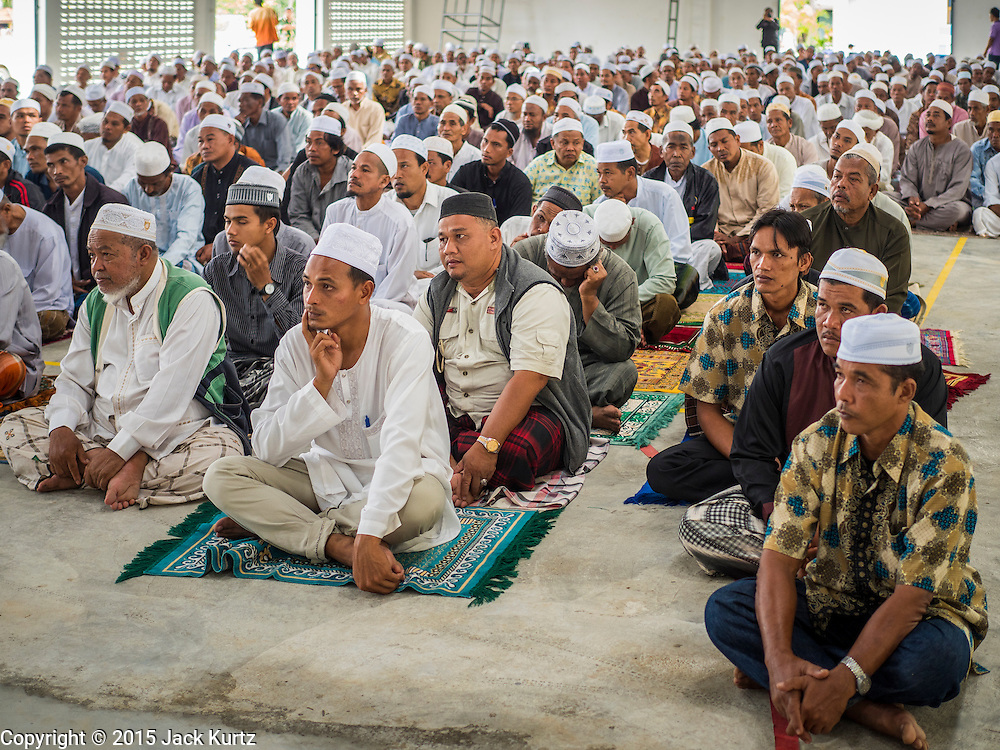